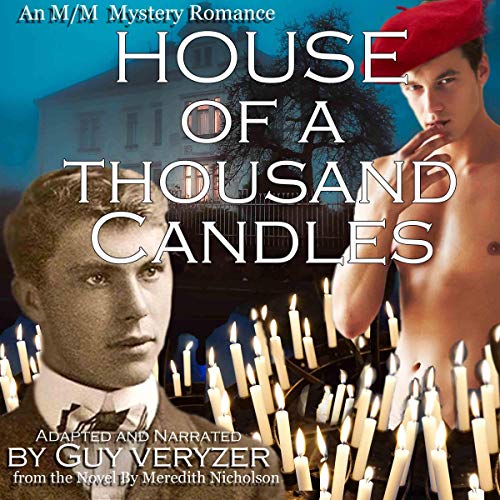 House of a Thousand Candles

House of a Thousand Candles

In order to fulfill the conditions of his grandfather's will, he must live a year in the massive house, studying the architectural library. If he fails, the estate goes to a mysterious person named Oliver Armstrong.

Before young John’s departure from New York City, he has an unexpected encounter with former lover and traveling companion Larry Donovan, whose roguish charms almost make him abandon his mission for inheritance.

Arriving at the strange house with its many rooms lighted with candles, the butler Bates explains it was one of his late master's many whims and quirks to have only candles for illumination. Bates attends to John’s needs, proving to be a wonderful chief. But John’s suspicions about Bates grow as he encounters phantom gunshots in the night and ghostly footsteps seemingly everywhere.

One evening, an attractive young man in a red cap rows on the lake and begins a teasing flirtation. Is he a student or teacher at St. Andrew's Boys school, just over the stone wall? When they finally meet, he introduces himself as Martin Devereux, but is he who he says he is?

St. Andrew’s is run by monks. Also living at the school is Chaplin Stoddard,a big, good looking fellow who seems very neighborly. However, one night John sees him meeting secretly with the object of his desire, the blonde youth wearing the red tam o' shanter. What could their mysterious conversation mean?

John thought he would be bored on his own for a year in the woods, but now John is excited and challenged by all the intrigue and mystery surrounding his grandfather’s estate, and his growing attraction to the mysterious boy in the red cap.

When his old companion Larry suddenly appears, things only get more interesting. Good thing John packed his guns in his luggage.

What listeners say about House of a Thousand Candles