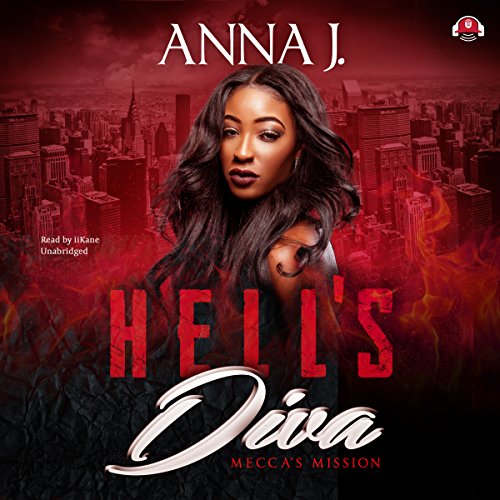 When Mecca's parents are killed in front of her by a family friend, she learns that true friends are few and far between. She is taken in by her aunt and soon finds out who is really riding for her and who is just around because they fear the wrath of Aunt Ruby.

Making a deal with the devil doesn't seem all that bad when you're sitting on top of the world with endless amounts of money and designer everything, but it's not long before her beloved aunt Ruby is snatched away from her. Mecca is forced to fend for herself. She learns to play with the hand she was dealt, but who will be left standing in the end? In Mecca's world, everyone is suspect, and no one can be trusted, not even family. When the truth is revealed to her, it is up to Mecca to decide if she'll do the right thing and lead a life of righteousness or continue to walk down the same dark path as her aunt.

What listeners say about Hell's Diva

Nah! A real waste of time!!

This book is not it!! Its boring and dull! Mecca is shot and so called in the next life viewing her bad decisions with someone who says "I'm not that other guy so don't refer to me as God?" WHAT THE HELL??? There is nothing happening! Don't waste your money!

Mecca didn’t deserve the hand she was delt but she’s a survivor. When you find out everyone in your circle is grimy including your aunt all u can do is cry. This was a great book loved it

Once it got going the plots and surprises made it worthwhile. The narrating was professional and well done. Looking forward to the next part of this story to see how this all will ultimately end.

All I can say is wow this book was crazy and it really speaks on how men are and how ppl will do you in real life! I’m thinking I kno what’s going to happen next but no I’m hit with another shocker Chile this book made me not want friends of family around me fr 🤦🏽‍♀️

It’s a good book. I like the overall performance story. I am not sure if there is a sequel, but it would be nice to have one. Also, the perspective of Lou and the perseverance of the Mecca, compliments one another equally.

Different than I was expecting

I was not expecting the route this book took but I enjoyed it. Nicole Small NEVER disappoints

Okay so I confess I did get confused a few times in the book. The book jumped all over the place. Overall, it was a decent read. Is the author trying to tell us not to trust anybody? What’s the purpose of the devil showing Mecca the betray if he wants her to change her ways? All that did was piss her off even more.

Explosive novel that kept me interested and wanting more. Anna J did an amazing job with this novel.

This story kept me going. I love the fact that there were so many twists to this story and the narrator is always on point.