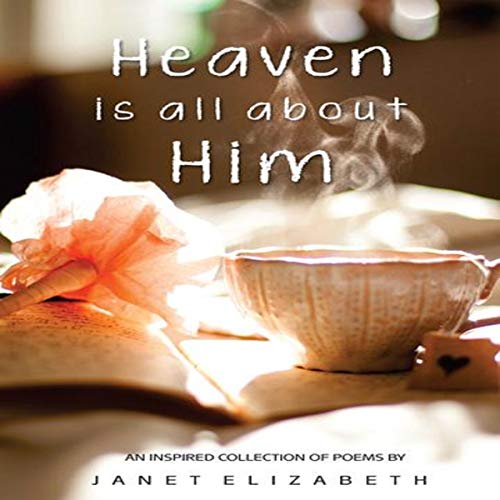 Heaven Is All About Him

Janet lives with her husband Philip, and son John, in Brisbane, Australia. They became Christians in 2010 at their home church The River of Life Centre in Brisbane. Janet has always been able to put together rhymes but when she became a Christian at the age of 52 her friend and mentor Christine Gear encouraged her to journal every morning.

The verses and poems became a regular occurrence, words from God that would speak to what was occurring in her life. These words, that touched her own heart and spirit with unexpected messages from the pages of her journal, seemed to have an effect on others who read them too, and she would pass them to friends when she knew the word was for them.

As a new Christian, Janet says she had no idea that God sometimes talks to us in these amazing ways.

Her prayer for you is that somewhere in the words you find a connection in your spirit that speaks only to you, and that it will bring you something special.

What listeners say about Heaven Is All About Him