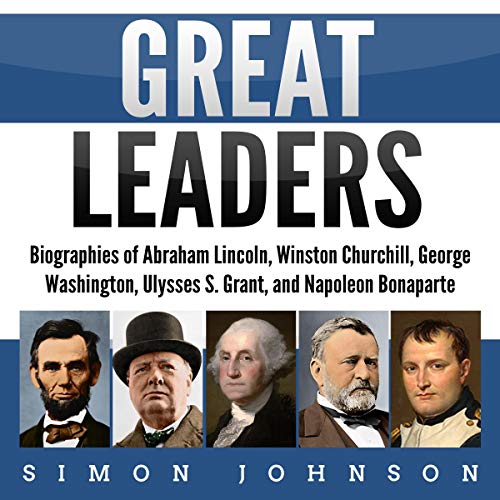 From statesmen to generals and presidents to PMs, this detailed book explores the lives and legacies of five of the world’s most famous and influential men. With a comprehensive account of their lives, achievements, philosophies and more, inside this bundle you’ll find:

History is filled with remarkable figures who have shaped the course of entire nations. From military masterminds to world leaders, this biography delves into the lives of these five extraordinary men and the achievements and legacies they leave behind. Great Leaders is a must-listen for anyone interested in politics, history, war, or leadership principles.

Buy now to uncover the lives of these remarkable leaders today!

What listeners say about Great Leaders

Do not buy, read, or listen to this book

The writing in this book is so bad that it makes me wonder if English is the author's first language. I genuinely believe most eighth graders could write in a more compelling style and with greater command of the English language than the author. Don't waste your time or money.

Don’t waste your credit on this title. Lacks depth or support of points made, really a random assortment of disconnected statements. Go deep on titles that cover these leaders in depth. Performer is awful, feels like he is screaming at you the entire time