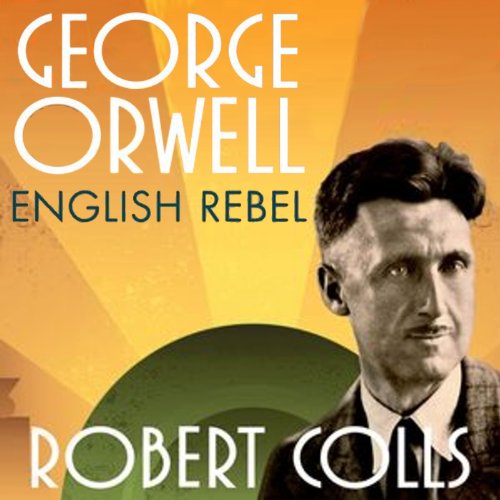 An intellectual who did not like intellectuals, a socialist who did not trust the state, a writer of the left who found it easier to forgive writers of the right, a liberal who was against free markets, a Protestant who believed in religion but not in God, a fierce opponent of nationalism who defined Englishness for a generation. Aside from being one of the greatest political essayists in the English language and author of two of the most famous books in 20th century literature, George Orwell was a man of many fascinating contradictions, someone who liked to go against the grain because he believed that was where the truth usually lay. George Orwell: English Rebel takes us on a journey through the many twists and turns of Orwell's life and thought, from the precocious public school satirist at Eton and the imperial policeman in Burma, through his early years as a rather dour documentary writer, down and out on the streets of Paris and London and on the road to Wigan pier, to his formative experiences as a volunteer soldier in the Spanish Civil War. Above all, the audiobook skilfully traces Orwell's gradual reconciliation with his country, a journey which began down a coal mine in 1936 to find its exhilarating peaks during the dark days of the Second World War.

What listeners say about George Orwell

The deeper meaning of Orwell for us

As others here have already commented, this is more of a long-form essay about Orwell than a biography. As such, it concerns itself more with the greater "meaning" of Orwell's life than with the petty details of his years. In doing so, Colls succeeds in brining the almost mythical figure of Orwell down into the realm of actual humanness, and in doing so, the reader sort of falls in love with our great icon even more, for he is now more than ever a great heaping mess of contradictions, inconsistencies, and faults, the likes of which make him seem a lot like our own selves, except maybe smarter and more cantankerous. That said, Colls' descriptions of Orwell do tend to exaggerate his contradictions, rather excessively using (indeed, abusing) the ol' contradiction narrative. Such phrases as "he hated Left intellectuals, but he was a Left intellectual...he was anti-imperial, but he was of the empire" and the like often go on and on, not because they make the point of Orwell's humanness and complexity any clearer, but simply because they sound clever. So, some of Colls' writing gets repetitive and tiresome. On the whole, however, this book is a pleasure to read/listen to, and does a wonderful job of answering the real substantive questions Orwell lovers have about the greater meaning behind the man. I would, however, only recommend it to people who have already read most or all of Orwell's published works and who don't give a pittance about the day-by-day minutes of the man's life.

Finally, I felt the narration was excellent, despite some reviews suggesting otherwise.

I would recommend this book to anybody with an interest in George Orwell.

This doesn't replace Michael Sheldon's biography, but, rather, supplements it. If you have already read the Sheldon biography, this book is still worth reading/listening to; if you haven't read Sheldon this book is a decent substitute.

What does John Lee bring to the story that you wouldn’t experience if you had only read the book?

John Lee is a competent narrator, but as this is a non-fiction book the narration isn't particularly important.

I very much doubt that this book will ever be made in to a film.

If you've read (or listened) to 1984 or Animal Farm, this book is a good survey of Orwell's life and work.

Not a biography of Orwell.

Some years ago I read the excellent biography of Orwell by Bernard Crick, published in 1980. I anticpated this book would present the findings of scholarship in the intervening years. In part it did, particularly with regards to material on Eileen Blair, Orwell / Eric Blair's first wife. The book though clearly was conceived as a literary essay, which then formed the basis of this book. Therefore, if you want a biography of Orwell there are far better books that this. If you are familiar already with Orwell's life, this book is not without merit. Orwell's Englishness and his conception of England is an interesting approach to understanding this brilliant and yet often contradictory of writers. More so perhaps at this time, post Brexit, when once more the concept of Englishness and what it is that defines this nation is to the fore.

Would you try another book written by Robert Colls or narrated by John Lee?

No. It sounded as if the book was being sight read.

Would you recommend George Orwell to your friends? Why or why not?

Could you see George Orwell being made into a movie or a TV series? Who would the stars be?