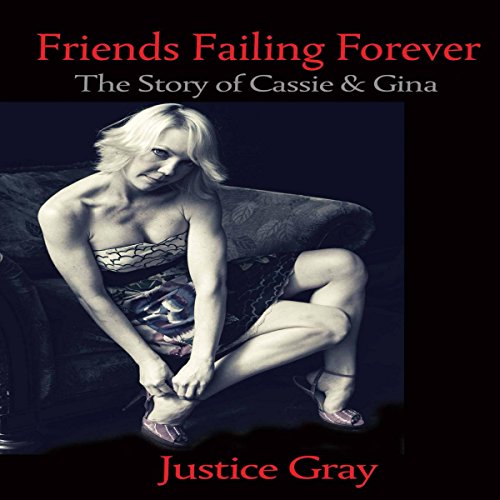 Friends Failing Forever is a story of how Gina, the never-ending party-seeker, constantly needs a caretaker - or babysitter - for herself and her young daughter. Also how her BFF, Cassie, decides she can't be that person anymore, and leaves Gina out to dry - dry up, hopefully. Periodically, Gina tries to better herself - like getting a job from which she later gets fired, as she gets angry at a child. Cassie, in contrast to Gina's hooker-look, is attractive, stylish, well-educated, and employed, and prefers to keep it that way rather than party with Gina. Cassie falls for Gina's brother, Carl, and after sharing stories of Gina's lies, he encourages Cassie to leave Gina to fend for herself, which ultimately leads to Gina's tragic death.

This Justice Gray story of confused priorities unfolds with suspense and intertwined webs of romance, lies, alcohol abuse, sex, lies of abuse, and as a plethora of strange events climax, the story conveys deep emotions, and vivid images.

What listeners say about Friends Failing Forever: The Story of Cassie & Gina