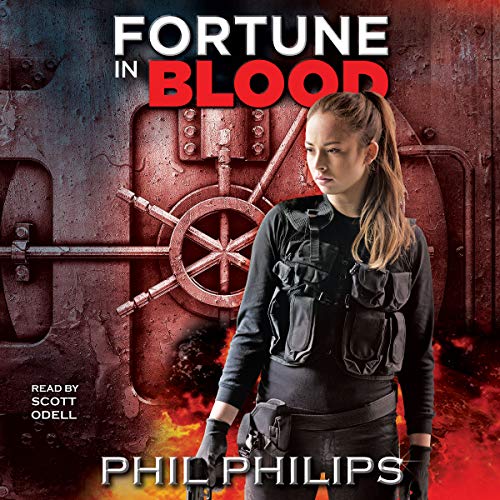 Joey used to be a carefree surfer kid on Venice Beach. But as the youngest son of a notorious gangster, it seems he can’t escape the life. Soon, he’s forced to prove himself by leading a team in the heist of the century. Will he be able to pull it off?

Vince was always worried about getting to lectures on time and spending time with his hot girlfriend. But everything changes when he’s embroiled in his detective father’s world. Now, he’s on the run for his life from the mob.

FBI Agent Monica is smart, beautiful, tough, and unyielding. Caught in the middle of the mob and the police, her loyalty is being questioned by both sides. But Monica seems to have her own agenda.

In a world where corruption is rife, she will be tested to the limit. Who can be trusted, and who will be left standing? And who will ultimately escape with all the money?

A showdown is set in motion, and no one will be left unscathed.

In this elaborately plotted, fast-paced thriller, Phil Philips takes you on a roller-coaster ride that will keep you guessing until the very last moment.

Phil’s writing style has been linked to James Patterson and Matthew Reilly. If you like heist thrillers and corruption in America, this is the audiobook for you. Scroll up and grab a copy today.

What listeners say about Fortune in Blood

I have stopped listening to this story. The story is predictable, the characters are stereotypes, and it's hard to like any one of them. I find I don't care what happens to them. Sorry