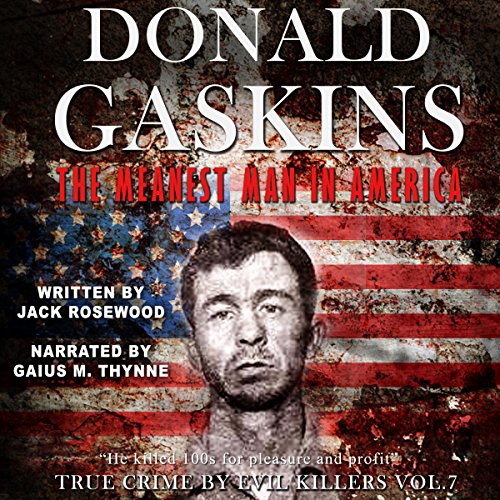 In the world of American serial killers, few can beat Donald Henry "Peewee" Gaskins when it comes to depravity, cunning, and quite possibly the sheer number of murders. Do not let the nickname "Peewee" fool you; if someone did not take Gaskins seriously, then that person usually ended up dead! In this true crime book about an infamous serial killer, you will delve into the mind of a truly twisted man who claimed scores of victims from the 1950s until 1982, which made him the most prolific serial killer in South Carolina history and quite possibly in all of American history! Criminal profiling has helped law enforcement capture a number of serial killers throughout history and has also helped mental health professionals to understand some of the motives behind their dastardly deeds, but in many ways Gaskins defied most profiles. The range of Gaskins' victims was only equaled by the plethora of reasons he chose to kill. Many of the murders were done to appease Gaskins' unnatural carnal desires, while other victims lost their lives during his career as a contract killer. Truly, in the twisted world of psychopaths and sociopaths Gaskins is definitely in the top tier - he was a predator among predators. Many of the details of Gaskins' life will shock you and still other things will make you horrified by his inhumanity, but in the end you will find that it is impossible to stop listening to this book! This is the true story of The Meanest Man in America, Donald Henry Gaskins.

What listeners say about Donald Gaskins: The Meanest Man in America

this book is horrible. it is horribly written, horribly narrated, and this story is very spotty and incomplete at best! The narrator mispronounces and over enunciates many names places and terms while mispronouncing simple words like Escape! don't waste your time.

The narrator was unbearable and annoying. tough

Don't spend a credit for this! Or money!

The narration was terrible. Mispronunciation of the simplest words and broken sentences are my chief complaint.

The mispronunciations drove me insane. It’s a shame when the reader turns off keeping a book..returning.