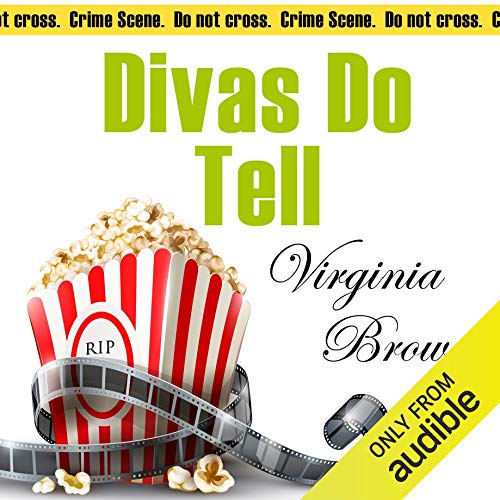 Hollywood descends on Holly Springs, and soon it’s up to the Divas to keep the stars from falling like magnolia blooms in a trailer-park tornado. Someone doesn’t want dark secrets under the holly to reach the big screen. He - or she - is willing to kill locals, movie stars, and maybe even Divas to stop it.

Diva-sister Dixie Lee Forsythe wrote the juicy tell-all about a historic Mississippi town very much like Holly Springs, and a lot of townsfolk would be happy to strangle her. Bitty is in a blond lather over a gossipy storyline about a philandering Senator who very much resembles her late husband. And even Trinket’s a little miffed at Dixie Lee’s oh-so-recognizable Trinket Truevine character, described as, "built like a girls’ basketball coach - not necessarily a female one".

Dixie Lee starts getting mysterious death threats, an actress brings being a diva to heights even Bitty can’t match, and a production assistant is murdered.

If Trinket, Bitty, and the Divas don’t solve this case quick, Oscars season in Tinsel Town will be short a whole bunch of stars.

Virginia Brown is the author of more than 50 novels in romance, mystery, and general fiction. Her best-selling Dixie Divas Mysteries continues in 2014 with a sixth novel. She lives in a small Mississippi town that inspires her stories about Holly Springs.

What listeners say about Divas Do Tell

I have listened to all of the Dixie Diva books and although these may not be the most scientific or have real life consequences, I am in love with these characters. I feel like I know all of them personally and I want to be a Dixie Diva. Being a southerner myself I can completely relate to a lot of the southern sayings and opinions/thoughts. Some are just so funny, but you may have to be a southerner to "get" them.

Trinket and Bitty are my favorites. I love their squabbles and I think that Karen Commings has brought these characters to life. Sometimes I laugh out at their antics.

Karen has ensured consistency of the characters between all of the books and that makes it very easy to flow from one book to the next.

I don't think these books would be a great "read", but I can tell you that they are a FANTASTIC "listen." I love them!

Divas crack me up.

These women are crazy, but they make me laugh. The narrator also loves those divas. Good show.

I have enjoyed all the diva stories. The narrator keeps it light and southern. Great listen on my travels.

Where does Divas Do Tell rank among all the audiobooks you’ve listened to so far?

One of the best mystery series' I've listened to. No strong language to make you shudder; no sex scenes & no overly graphic details. I was so pleased with that; it shows you can have a great story & great characters w/o all the obscenities. I especially like the animals in every book. The animal & the people characters are so well developed. I can honestly say, sadly, that I probably know someone just like half the characters! Except for murders, my (late) cousin and I were just about as bad as Trinket & Bitty. Being from TN, so much in the stories rings true. I'm ready and waiting for the next one to come out! Thanks for a very enjoyable mystery series!

The animals and how they manipulate the humans. I can appreciate that; I have 3 criminals - I mean cats!

What does Karen Commins bring to the story that you wouldn’t experience if you just read the book?

She does a wonderful job with all the voices. And it appears to be the same through each book.

"Empty your bladder before you hit play!"

Where does Divas Do Tell rank among all the audiobooks you’ve listened to so far?

One of the best series I have ever read, and I have read a lot.

What was one of the most memorable moments of Divas Do Tell?

When Bitty shoots the protagonist thru her Gucci purse. These women are diverse in ages so they appeal to women of all ages

What does Karen Commins bring to the story that you wouldn’t experience if you just read the book?

As a reader she changes voices and gives different qualities to each character.

I love them they make me laugh and cry

I loved this story, I'm going to have to listen to all the books in this series. I love the snark, humor, and mishaps. This author knows her stuff! I enjoyed the narrator as well. I was given this free review copy audiobook at my request and have voluntarily left this review.

Got to love the Divas

I always enjoy the Divas. But although I enjoyed it immensely, I suspected (but was not sure) early on who "the bad guy" was. I will continue to listen to it over and over again. Looking forward to more adventures.

I always laugh throughout these books. So entertaining! The narration is great. The dilemmas these women get into are hilarious!

Can't wait for the next book! Read through all 5 books twice. Will be on watch for book 6.

This book was so cozy; I already miss my old buddies ...especially the southern bell.. She was exactly like my older sister. You may think nobody could actually be that kookie and speak with such a southern drawl, but she was my sister personified.😊. The narrator did an excellent job and the author has a wonderful sense of humor.The narrator mde me forget it was only one persons voice.