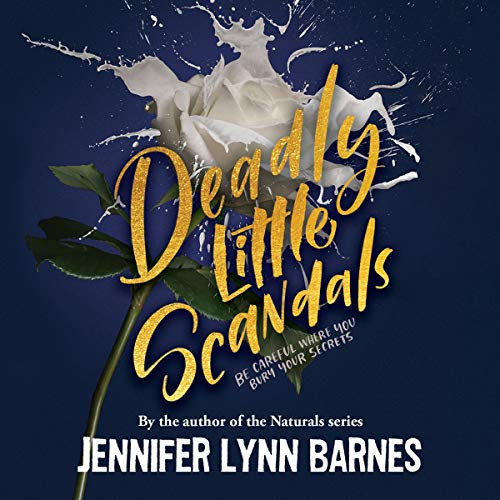 Reluctant debutante Sawyer Taft joined Southern high society for one reason and one reason alone: to identify and locate her biological father. But the answers Sawyer found during her debutante year only left her with more questions and one potentially life-ruining secret. When her cousin Lily ropes her into pledging a mysterious, elite all-female secret society called the White Gloves, Sawyer soon discovers that someone in the group's ranks may have the answers she's looking for. Things are looking up...until Sawyer and the White Gloves make a disturbing discovery near the family's summer home - and uncover a twisted secret, decades in the making. No one is quite who they seem to be in this twisty, soapy, gasp-inducing sequel to Jennifer Lynn Barnes’ enthralling Little White Lies.

Just as good as the first one

If not better. This author knows how to draw out a tale. Awesome listening on audiobook!

Oh my God, the twists!

If you love the first book in the series, this one is an adventure in the same mold. With the same story structure, and the same devastating twists! I'm not usually one for thrillers, but this is something else. I love it!

the narrative was the best I've listened to, ever. there are several people in this book and you never have to guess whose talking. Little white lies was an excellent book. But this one had more twists than I could have ever expected. I hope they have more sequels. Definitely 2 thumbs up.