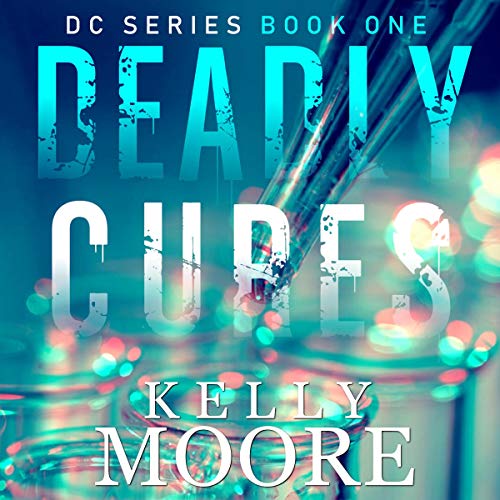 John Remington. A hit man hired to take out the evilest of men. He likes his job. The money. The no-questions-asked contracts. But there’s a turning point in every man’s life. His comes in the form of a beautiful woman being marked for nothing more than a cure she can offer the world. An easy prey becomes his tangled mess. The hit man becomes the hunted.

He starts a new kind of war against one of the richest companies in the world. The pharmaceutical lions don’t want their secrets or a cure for a terrible disease exposed as it would cost them billions. When he meets the president’s daughter - the target - Remington is forced to question his career and loyalty to men who wouldn’t think twice about taking him out.

With a bounty on his head, he’ll give up everything to protect her from a deadly conspiracy and the people who will stop at nothing to make sure her cure is never released to the public. Keeping her safe is the only thing that matters. Her life will save millions, and he will die to make sure she stays alive.

What listeners say about Deadly Cures

This book has so many twists to it that it keeps you on your toes. A mystery thriller with heat. This author always keeps me guessing and I love that about her books. You never know what will happen.

Seth Thompson did a good job narrating this book. His voice was enjoyable to listen to.

I enjoyed this book and recommend it.

Kelly Moore’s Deadly Cures is a story of an unlikely hero, and those who inspire him. His brother who is dying of cancer, and the woman with a VIP life and a cure to save him. I love the twists and turns and the way the story is told. Ms Moore has a talent for drawing you into a story, and leading you to the end in a way that makes you feel involved with the characters. I’ll definitely revisit her world.
There are military professional aspects that are incorrect so if you are a part of that profession and it will bug you be warned. For me I can ignore such things as long as the story has me intrigued, and Deadly Cures held me without fail.
The narrator does give me some pause, as he’ll say “I poured coffee” with the same dramatic somewhat stuttered effect as “drawing his gun he shot, I returned fire, but felt the bullet rip through me.” (Both lines not actually in the book.) If you are a William Shatner fan though you can pretend Captain Kirk is telling the story. Again though, the story is intriguing enough to keep you coming back and keep you involved.
All in all I’m incredibly glad to have found this gem.

The plot twists are phenomenal and the double crossing is unbelievable. Kelly always manages to surprise us and this book is no different. Thank God there’s book 2 in the series because I never want the stories to end!

Deadly Cures (DC Series Book One) was a great read by Kelly Moore. John Remington is a hit man who has always taken out the evilest people. He liked his job and never asked questions until a beautiful woman becomes his next hit. She has been marked because she found a cure for cancer. He gets into a tangled mess when he wont kill her and he becomes a hunted man. He starts a war against the pharmaceutical’s that want her dead. She also happens to be the President of the United States daughter. He will do anything to keep her safe, even if it will cost him his life. I enjoyed reading John and Brooklyn’s story and I can’t wait to read more by Kelly Moore.

If I had started this book not knowing that it continues into another, I would probably be devastated right now. I got so caught up in this even though I had already read the book myself. Listening to it being told by Seth is an experience I wouldn't give up. I absolutely loved this book..the ending though will get you.

Deadly Cures is the first book in the DC Series, a romantic suspense. Brooklyn and John's story is fast-paced, action packed, filled with romance, danger, and twists and turns. The storyline is captivating, and breathtaking. Seth Thompson did a great job with the narration. I enjoyed it, and I can't wait to listen to the next book in the Series, Dangerous Captive.

This is a strangely good action packed story. We meet John. Who is a hitman. He gets an order he wants to refuse. Kill a innocent woman. Problem is...his boss wont let him...refuse that is. I loved the idea of this. Who doesn’t want to read a story about the ins and outs of this job. Sure...sure you have to cold. But I have always wondered.

The characters are not what I expected. The female is a strong and smart. She doesn’t want to be left on the sidelines. She wants to be involved. She puts up with A LOT so she impressed me more and more as the story moves along. John drew my interest from the beginning. But once he wants to change his stripes...I liked him even more. He has values and integrity...for a reluctant hitman.

The ending???? It just blew me away but knowing how Kelly Moore writes...it was not wholly unexpected. I see there is another book. Now I am on pins and needles....yes pins and needles waiting.

I did listen to this on audio. Not sure if I have listened to Seth Thompson before. He seemed very stilted or choppy in the narration. His voice is wonderful and lovely to listen to. Just the delivery was my issue.

This book is amazing , the emotions that this author invoked while listening to it Will have you laughing out loud and then crying . The end of the book well you will just have to read it .

The narrator is good first time I’ve listen to one of his narrations but won’t be my last .

Wow, Kelly Moore has outdone herself with this fantastic romantic suspense, she takes you on an action packed roller coaster ride and keeps you white knuckled and on the edge of your seat the whole time. This is the type of book once you start you can not put down because you need to know what happens next. John Remington is a hired hitman, while he is one of the best and always gets the job done, quietly and quickly, he is not your usual hitman. He is one with a conscious and a heart, so when he gets a job to kill Brooklyn Warren, he refuses, she is not only an innocent do-gooder but she is the President’s daughter. But Miles, his dirtbag of a boss, insists he take the job he has to take action. Brooklyn is not only gorgeous but she is a brilliant research scientist. Brooklyn’s pharmaceutical and medical break through has put a huge target on her back and she is in grave danger. John always knew this day would come, he has lived a dangerous life and he lined up his ducks for when the day came, he called his twin brother to get him to safety and put his plan in motion. The hired hitman becomes his hit’s protector. I loved how everything plays out in this book, the plot is complex and there is never a dull moment with plenty of drama, action, twists and turns, thrilling suspense, some heartfelt moments and romantic ones too. And lets not forget to mention the mind-blowing ending, superbly done Kelly Moore!! Thank you for this fantastic story, I am looking forward to what comes next in this exciting series.

Seth Thompson is a terrific narrator and voice artist. He does a great job portraying the characters, bringing them to life and giving each their voice and personality, as well as heart and attitude. He is an entertaining storyteller and a pleasure to listen to. Thank you for this great listen🎧

kelly....WOW....this story is fantastic...I finish this story in 2 days..I couldn't put it down..Good Lord it's..everything you would like to read or listen to in a story..kept my interested ,,,such a great story line,love excitement AND truly a GREATread..Can't wait for the next one..I dont want to give away to much..but if you like suspense books this is it..John (omg)...no w I want to next one ,,READY...