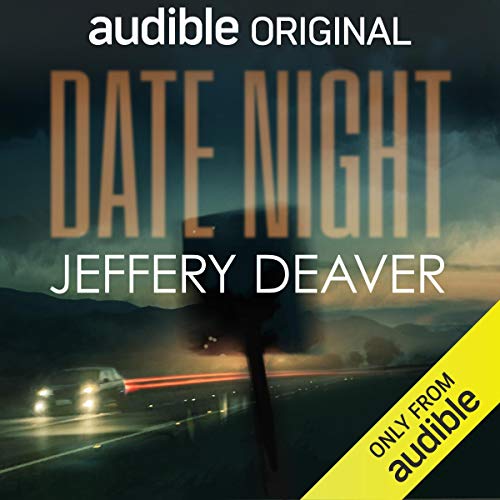 A race against time becomes a battle for the soul in this suspenseful story from New York Times best seller Jeffery Deaver.

Death is a topic Bradford Douglas is intimately familiar with. The young attorney is on a crusade against capital punishment. He’s saved a number of death row inmates, but none of his cases has been as tough as the one he now faces: Henry Combs, a vicious serial killer, has only hours to live when Douglas is summoned for a Hail Mary attempt to have the man’s sentence commuted to life imprisonment.

As Douglas races to pursue whatever strategies he can think of, he finds his passion for justice giving way to something altogether different.

What listeners say about Date Night

Did Not See The End Coming

Really good and certainly didn't see how it would end. I like to listen to short stories sometimes and this was definitely a good listen.

The narrator did a really good job reading the story. After listening to this story I’m very happy because of two things.
1-This was a free listen and;
2-This was a short story.
I initially had it at one star, but after further thought I gave it two extra stars because there is no vulgar language in the story and that in itself has become such a rarity with so many authors of late.

I have never read this author before and I got this book just on a whim but wow what a good book.

I really liked this story even though I predicted the ending. A good short story about a serial killer and the death penalty. Great narration.

I was a fan of Jeffery Deaver some years back and hadn't read any of his work in years. DATE NIGHT just reminded me why I was a fan. It made me angry, sad, frightened and, in the end, shocked. Loved it!

Seriously!? The ending became incredibly predictable before it happened. So, in other words, there could have been an unpredictable and interesting ending. But instead, the story lazily walked down the obvious road of creepy, but complete predictability. How disappointing.

Is it possible for Deaver to write a short story WITHOUT a “twist” ending?

Not only could you see this one coming from a mile away, it made the story less interesting.

Up until the last 30 seconds, this was a fascinating character study, an intricate examination of how people reconcile and live with being involved in a death penalty case. A developing relationship between two people on opposite sides of this issue, both of them highly moral, and attracted to one another - there’s a hell of a story in that.

Unfortunately, Deaver chose, yet again, to go for the cheap thrill of some sort of “psychic transference” and deliver the twist.

I sure was not expecting this ...I don't want to give the spooky ending away

NO SPOILERS! Short but excellent. When it was over it felt 2 minutes long. I really was sucked right in and the ending gave me goosebumps!

I wasn't overwhelmed by this book! I missed the part that tells the reader it is a tiny book! Sorry Jeffrey.

I always enjoy Deaver’s short stories… they pack a punch in the short time that you are listening and there’s usually an unexpected twist.

Usually, read/listen to Deaver's normal novels but this short story was free so gave it a go. Interesting similar to the longer novels I think if Deaver really thought about it he could have had a winner with a proper novel. It was quite creepy and the ending was different to what I thought it would be if you want a quick exciting listen-only takes just under an hour this is the one