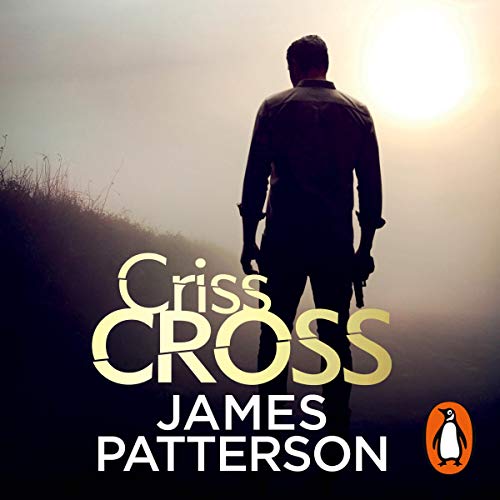 From the author of Sunday Times number one best seller The President is Missing.

After witnessing the execution of Michael Edgerton, a man he helped convict of several murders, Alex Cross thought he could finally put the case behind him.

But when a body turns up with a note signed by 'M', Alex knows that the nightmare is far from over.

Accused by Edgerton's family of framing him for murder, Cross fights to clear his name as the case against him builds.

And as more notes - and more bodies - start appearing, Cross is determined to put an end to this case once and for all.

"No one gets this big without amazing natural storytelling talent - which is what Jim has, in spades. The Alex Cross series proves it." (Lee Child, international best-selling author of the Jack Reacher series)

What listeners say about Criss Cross

Silly plot with unbelievable outcomes very disappointed normally enjoy Criss Cross the ten year old son made out to be a Superman another unbelievable character .

I’ve read all of the Cross novels with growing dismay in the series over the past 5 years or so as each new instalment has gotten poorer in my opinion. The last two novels (including this one) I didn’t want to invest the time reading myself so listened on Audible. I don’t know wether these were the worst to date or it was actually hearing someone else reading them out loud that made them seem so bad. The smugness, “brilliance”, self congratulatory nature of the Cross family is very tiresome now, they are all certified geniuses of one kind or another. The plots are weak and you can see the twists coming a million miles off, I’m only really listening to them as I’ve invested years in the series and I’m now waiting for nana mama to die so we don’t have to listen to her self righteous advice in further novels.

Clearly unfinished for a sequel I will not bother with. I wish JP would stop putting his name to the work of others. A once good character has grown weaker and boring, it needs a big shake up

Usual gripping thriller you expect from James Paterson. Gripped from begining to end waiting the follow up!!!

An epic story I never want to stop listening to.

so gutted next book no where to be found yet. so rivertting and love the narrators voice so much I miss him when not listening 😂 Helps you see the world as is come to terms through warmth and laughter of warm loving family. An epic story I never want to stop listening to.

Very enthralling from start to finish. with an excellent stotyline keeping my attention right to the end. The narration was good but with the number of characters involved gave the story teller a difficult task.

I felt it didn't need the dramatic music and sound effects. it spoilt it for me a bit.

Disappointed. No real ending and set up for a sequel, I know previous books in this series have done the same and it's just feels insulting. The dialogue between characters seemed amateurish. I don't know whether that was the actual dialogue or the way it was performed but it seemed to grate throughout. They were the type of conversations I expect my daughter to include in the stories she writes at school. I have doubts whether these are still written by Patterson. They seem strangely like an homage to Patterson but just lacking something. Overall, I think the story lacks proper grit and tries to make up for it with an attempt at being gory.