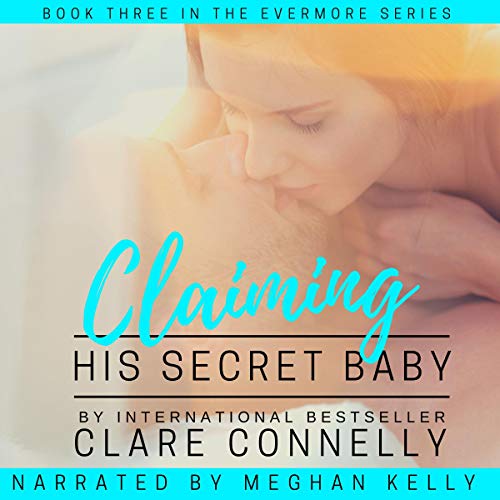 "Our marriage will be different. It isn't a love match. We both know what we're getting."

His words were like little stones landing against her sides. "Oh?"
He angled his head thoughtfully. "We're giving our son a family. You're gaining true financial security. I'm gaining a wife on my arm and in my bed." He shrugged. "It's a perfect marriage of convenience."

A frisson of warning danced down her spine. The clinical assessment should have been reassuring. After all, boundaries were good, delineations were helpful.
But there was danger everywhere. Danger in the way he spoke so casually of a loveless marriage, when she had already seen how easy it was to fall in love with him.

But this was different.
She knew who he was now, and what he was capable of. The stars had fallen from her eyes, and she saw it all clearly.
She wouldn't love him again. And she'd never trust him with her heart; not for a billion pounds.

One night and a lifetime of consequences....

A wild weekend of passion with powerful Xavier Salbatore had broken impressionable young Ellie's heart. She'd loved him madly, but then she'd discovered he was engaged to be married and she'd run a mile!

A bad car accident robbed the ruthless Spanish billionaire of so much. With a failed marriage and the discovery that he'd cheated on his wife and fathered a son with his mistress, Xavier is determined to put his life back together - even if it means marrying the woman who hid their child from him. A woman he'll never forgive!

Ellie knows she needs to keep Xavier at arm's length to avoid being hurt. She vows she won't respond to him, but night by night he wears away her defences, leaving her as powerless and lost to him as ever before....

An emotional story of mistakes, betrayal, and the high cost of forgiveness, Claiming His Secret Baby is Book Three in The Evermore Series.

Wow! An amazing story of unfortunate misunderstandings and lucky second chances with 2 fabulous main characters and a cute little boy and to top it all we have a great narration too in the splendid audio.
Can't help but recommend this as a most enjoyable story experience!
I requested and listened to the audiobook and my voluntary and unbiased review is recorded above.

What a emotional rollercoaster. Way more downs than ups through most of it until the end. This was such a fun listen and I have enjoyed it just as much as the first two in this series. Great writing with just as great narration.

Twist turns and full of emotion. Narration is perfect as you feel every one of those emotions

What a heartfelt story. Plenty of twists and turns to keep you listening! Meghan Kelly is a super talented narrator. She can make you think you are watching it live and bring you to all the emotions!

loved it, when the person that you are ment to be with comes into your life and something tragic happens , if it's meant to be you will find each other again. the narration was wonderful .