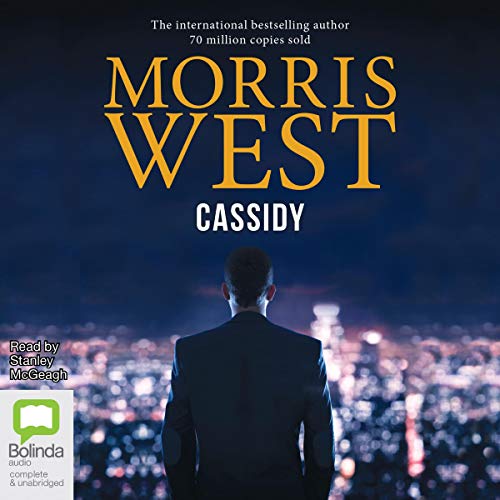 A young man sets out to unravel the legend of the rich and powerful Charles Parnell Cassidy and ironically finds himself facing the same choices Cassidy faced many years before.

Even in death, Cassidy is larger than life.

Cassidy is a powerful politician. He's a backroom fixer: generous, but also greedy and cunning. Martin Gregory is his disenchanted protégé, who, having married Cassidy's daughter and become a success on his own terms, scorns his father-in-law.

When the terminally ill Cassidy arrives in London to die, he makes Gregory the executor of his will and sets a complex trap by offering him the keys to a vast empire of wealth and corruption, spanning Australia and Southeast Asia. With Cassidy's evil influence ever-present, Gregory tries to unravel the old man's complicated obligations and debts while struggling to ensure the security of his family.

"As ever West probes awkward issues of conscience with great skill." (Daily Express)

What listeners say about Cassidy