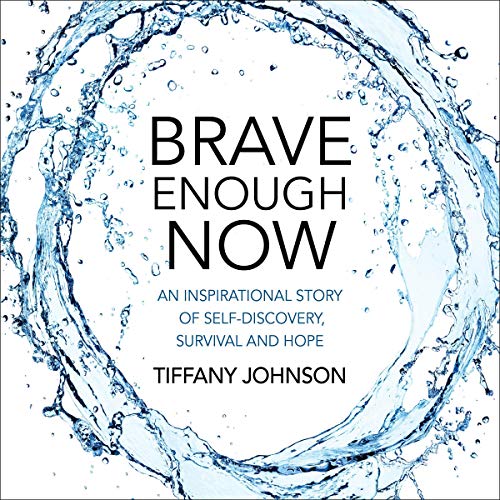 On a rainy day in July 1999, 21 young people lost their lives in the infamous Saxetenbach Gorge Swiss Canyoning Disaster.

I should have been one of them.

The flash flood swept down the mountain with impossible force, sweeping the victims’ bodies miles downstream. It would take days to recover them all. Many were only identifiable from dental records.

I had begun my travels in search of adventure, only to find myself on the run from a toxic relationship. I escaped on a European tour where I began to put the missing puzzle pieces of myself back together and how to trust again, rebuilding my faith in love and friendship - only to be plunged into a world of new dangers by what happened in the gorge that fateful day.

From little girl lost to lioness.

I am "brave enough now".

Brave Enough Now is a gripping story of courage, survival, friendship, and transformation.

A true story of discovery, adventure, love and loss. Told through humour and raw honesty of the author’s account of her fear, survival and ultimately, her healing.

The Swiss Canyoning Disaster made headlines across the world at the time of the disaster including THE NEW YORK TIMES, THE BBC, MULTIPLE EUROPEAN NEWS AGENCIES AND THROUGHOUT ASIA PACIFIC.

“How a lousy Little Creek Devoured Adventurers” The Age 30 July 1999.

This is my story.

What listeners say about Brave Enough Now: An Inspirational Story of Self-Discovery, Survival and Hope

I too was looking forward to hearing about the tragic story of the Swiss canyoning disaster. However, by Chapter 10, we had heard about dramas with a boy friend, anxiety, a grotty Scottish hotel, a nice old couple who miss their daughter and a couple who were fighting. Nothing about Switzerland at all. The narrator can’t even pronounce Durham correctly, despite claiming to have spent some time there. I am sure writing this book was very therapeutic but listening to it is anything but “inspirational”, rather it is extremely dull and painful.

I was looking forward to this story but I’ve had to stop listening. A girl goes overseas and breaks up with her boyfriend. Mum sends money and pays for her to travel around Europe. Lots of tantrums from a self claimed beauty, I just can’t say that is inspirational. I’m sure eventually the story of surviving a real disaster will be told but the story of self discovery was poor at best.

Tiffany’s story of courage, growth and survival is truly inspirational! I felt blessed to be able to take a peak into her world, in the lead up to and during the disaster that changed her life in 1999. Beautifully read, I thoroughly enjoyed this book and strongly recommended it.