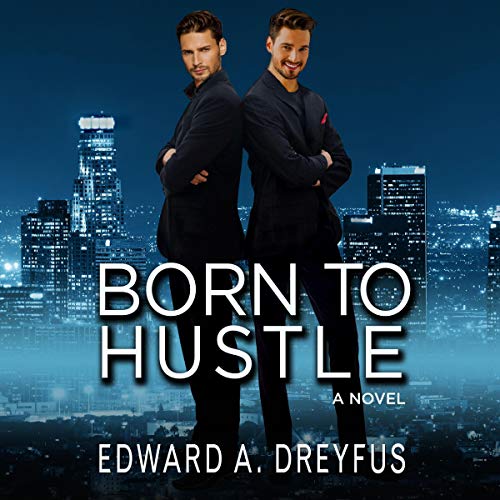 By: Edward A. Dreyfus
Narrated by: Dave Cavanaugh
Free with 30-day trial

Born to Hustle follows the lives of identical twin brothers as they learn to survive their abusive upbringing by identifying with fictional con men, imitating behaviors of gangsters and secret agents, to become the bad-ass boys in black. With no one to protect them, the twins grow up fearful of attachments to anyone else but one another. They learn to use being idents to hustle the world around them, becoming the ultimate grifters focused on becoming as rich as possible as quickly as possible. Money is power - and they craved power. As they mature, a fissure begins to emerge in their otherwise symbiotic relationship causing friction between the brothers, threatening to divide them. When one brother becomes involved with a female grifter, their differences become apparent, and threatens their relationship.

What listeners say about Born to Hustle

The Twins in this wonderful story often say that the devil is in the details. The author has a lifetime of working with interesting cases like the twins and not only tells a story of their fascinating and unusual lives, but explains their behavior psychologically in an understandable and enjoyable way. The author nails the details, and thus sets the book apart.

Dave Cavanaugh again provides an excellent narration with his resonant voice. Highlights are his diva and Brooklyn Grifter’s voice. The detail in his performances grows in each book.

I highly recommend this listen, it is devilishly fun!