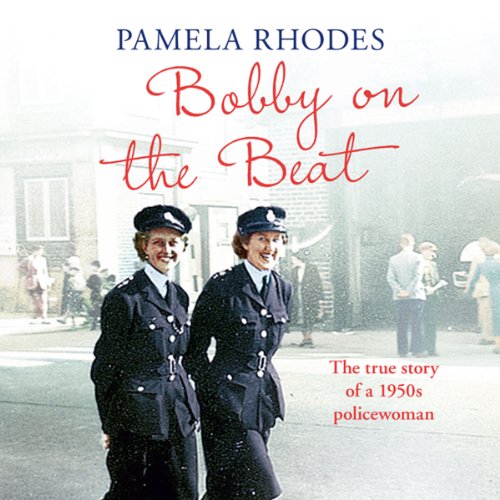 Bobby on the Beat

Back in 1950 Pamela Rhodes became one of the first policewomen in the country. But the force's new female recruits faced a sceptical public in rural Yorkshire and even before they stepped out on the beat there were the prejudices of older male officers to overcome. Yet from the first Pam was thrust into the front line.

From runaway bulls to investigating ladies of the night and cases of vice, her innocent eyes were quickly opened. And soon, spending her days on the streets, she came to know the neighbourhood and the extraordinary characters who lived on the right, as well as wrong, side of the law.

What listeners say about Bobby on the Beat

Where does Bobby on the Beat rank among all the audiobooks you’ve listened to so far?

Interesting and enjoyable, but not as enthralling as others.

What other book might you compare Bobby on the Beat to, and why?

Call the midwife, because it is a recollection of events in someone's life experience of thr 50's.

Have you listened to any of Anne Dover’s other performances? How does this one compare?

Not ever listened to Anne before.

enjoyed this book telling the story of Pamela Rhodes experiences of being a bobby in 1951/53. it goes from her being a child during the war to training to be a policewoman (one of five) to being the only female bobby on the beat on all but one of the locations she was sent to
anne dover di a good job of performing this biography.
the only other books I have listened to in this vein are what's tha up to and what's that up to na by martyn Johnson which I enjoyed..