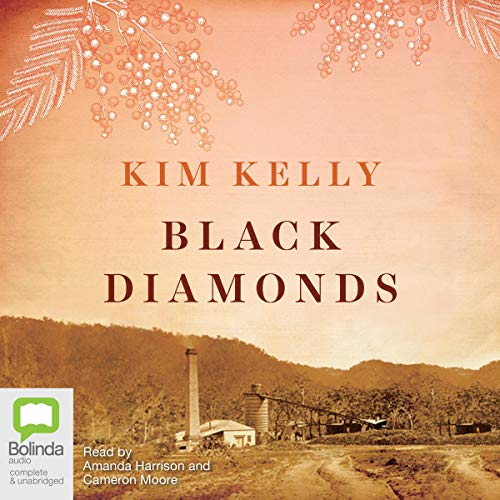 Told with freshness, verve and wit, Black Diamonds is the tale of a fierce young nation, Australia, and two fierce hearts who dare to discover what courage really means.

It is 1914, and Lithgow is booming. Daniel is a young German-Australian, a coal miner and a socialist; Francine is the bourgeois, Irish-Catholic, too-good-for-this-place daughter of one of the mine's owners. When their paths collide, they fall in love despite themselves - raising eyebrows all around town.

But before the signatures on their marriage certificate are dry, war erupts, confronting them with a new and much more terrifying obstacle. Against his principles but driven by a sense of solidarity, Daniel enlists; Francine, horrified, has no choice but to support him. As they hurtle towards a daunting world of war, separation and grief, they learn things about themselves and one another that they would never have expected in more certain times - about heroism, sacrifice, the thin line between courage and stupidity and, most of all, the magical power of love.

Told with freshness, verve and humour, Black Diamonds is a celebration of two people determined to be together, whatever life throws at them.

What listeners say about Black Diamonds

My first Kim Kelly book was Sunshine which I loved. I have also listened to Her Last Words which I also liked. This one is a story of a couple and their trials and tribulations during the period leading up to and including the first world war. Kim Kelly books always have a warm and kind thread running through them which I like. There are a few irritating pauses by the male narrator at the beginning but this soon improves. An enjoyable book.