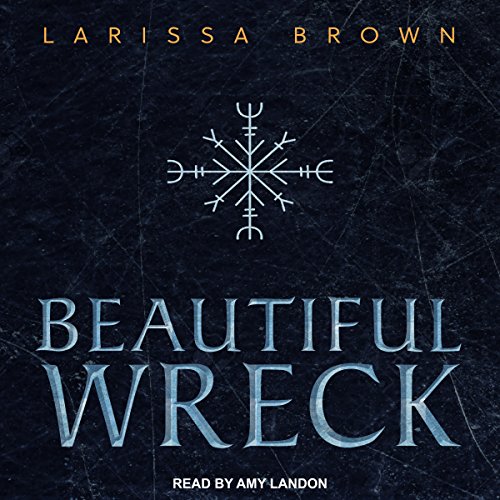 In a desolate future built on virtual reality, Ginn is a romantic who yearns for something real. She designs environments for people who play at being Vikings. But when her project goes awry, she's stranded in the actual 10th century, on a storybook farm in Viking Iceland.

Heirik is the young leader of his family, honored by the men and women who live on his land. But he is feared and isolated because of a terrible curse. Ginn and Heirik are two people who never thought they would find a home in someone else's heart. When forces rise against them to keep them apart, Ginn is called on to decide - will she trade the brutal but beautiful reality of the past for a painless future? Or will she have the courage to traverse time and become more of a Viking than she ever imagined?

What listeners say about Beautiful Wreck

Poorly written and thought out.

Ok I'm going to be brutally honest. This story sucked. Here you have a woman who without any explanation about being thrown over 1000 years in the past and has no knowledge or understanding that would help the people who took her in. Does not even try. She spends her whole time in heat for the head of the Viking group she lives with. On and on we are told what, where and how she wants to do this guy.

She get her feeling hurt and several times almost returns to the future but pulls back. When she finally does go back to the future she does very little to explain how it all happened. Also when she again finally decides she needs to go back to the Vikings she is unable to think about bringing back anything other than a few seeds.

If you like the whole school girl in love and lust fantasizing about a Viking this books for you. Don't expect much else though there is plot wholes you could sail a Viking long boat through.

I feel bad for Amy Landon who had to read this. She needed to ask for more pay for the oxygen and time in her life she waisted.

This story was a hard hard one to get into. Ginn the female character was annoying and reminded me of a teenager not a 26 yr old woman.. it seemed like every chapter she was calling herself “naive”. I didn’t understand the 22nd century that Ginn came from either. The long drawn out sexual tension between her and Herrik was unbearable.

I personally did not like the narrator when it came to the male voices.

Just not the book for me

very detail oriented. Not much story but telling what everything looked like. not really romance related.

Possibly the most unbelievable and borning book I have listened to, such a beautiful title and I thought I was on to a winner, unfortunately it didnt live up to expections. Such a shame as I love stories about the Vikings. Not believeable at all. Although story teller is ok