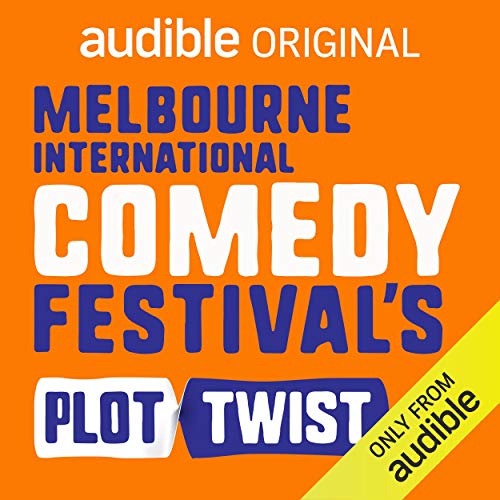 This isn’t comedy, and if it’s a piece of art, then I’m in a wankmuseum. Quirky for the sake of it? I’m not sure Maybe I’m missing the point, but I don’t care. Now I have to delete the rest because I downloaded them all at once.

Hey listen to me I'm clever

Intellectually underpowered egocentrics desperately in search of an idea. Evidence that standup has run out of steam. Get a job.

Wtf i thought it would be a comedy festival.

Denise was great with Judith in disapointments but just reading a boring story didn't do it for me. Put me to sleep with cardboard characters that is more for kids yet they try and be clever and say its more for adults cause it has some naughty bits.. Aussie stereotypes, yawn.

What a feast of stories from an incredible posse of world class comedians. Thoroughly enjoyed a good cackle listening to these twisty tales. Ep 2 in particular, the DFF...! So good. Nikki's got the best laugh as well.

Over the top is an understatement

The host was so over the top it was uncomfortable, talking about these stories like they were the most astonishingly wonderful piece of art, which they definitely aren't. While the stories were interesting and amusing enough, the host was gushing about everyone and everything nonstop, and it just came across insincere, ludicrous and annoying. Tone it down, Nikki Britton.

the first story was good but they got less funny and enjoyable after that. it's every much a sad clown effect

Very entertaining. Took me awhile to get into the story telling style but most of the writings and narrations were very impressive and entertaining. Sometimes the jarring difference between writers works well, other times you wish for just a bit more narrative consistency. I'll definitely listen to a season 2 and want to try a similar project with my own friends.

I enjoyed 5/6 stories, only the second I found quite too weird/hard to follow. But wauw!!! I'm flabbergasted with how much fun this was. Great work everyone! Should do this again as a party game or something