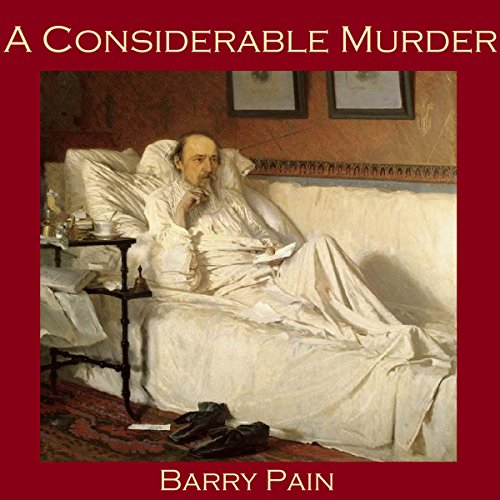 Barry Eric Odell Pain (1864-1928) was an English journalist, poet, and writer best known for his outstanding mystery and horror stories, often with a strange twist at the end.

"A Considerable Murder" is the odd tale of a retired gentleman and his daughter who are suddenly imposed upon by an old, sick and highly cantankerous man - a former friend of their father and grandfather who had helped them out in earlier years.

The old man is dying - is not expected to live more than a few days - and desperately needs somewhere to stay.

But the old man does not die. For weeks...months...he hangs on, terrorizing the household. And in the desk, there are little packets of two drugs, which if combined create an untraceable poison so potent that it will kill within the hour. Can the temptation to murder be resisted? And for how long?

What listeners say about A Considerable Murder