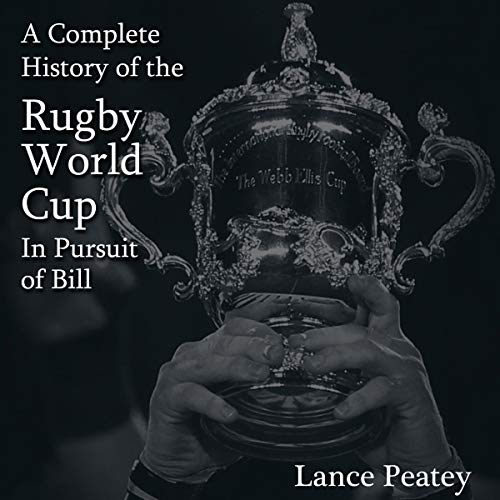 A Complete History of the Rugby World Cup

Immerse yourself in the drama and excitement of the Rugby World Cup - including clips from the iconic "World in Union" theme song (by Hayley Westenra) and supporting sound effects from rugby’s greatest stage.

You can go behind the scenes of “the game they play in heaven”, and find out how it was the forefather to all rugby football codes and also American football. What if you could be in the room where decisions were made that brought to life what is now the third largest sporting event in the world?

Lance Peatey is an established media business leader with a career spanning more than 20 years, working for major global media organizations including Disney/ESPN, BBC, IMG Media, and both the Nine Network and Seven Network in Australia. It was while working with Seven during Rugby World Cup 2003 that Lance first decided to write A Complete History of the Rugby World Cup - In Pursuit of Bill.

The first edition in 2007 earned impressive reviews, including David Llewellyn from The Independent describing it as “a minor masterpiece". Lance has also assisted former Australian rugby star flanker David Pocock with two editions of his autobiography “Openside” in 2011 and 2018.

This first ever audiobook edition comes after the historic and colourful 2019 tournament in Japan. Narrated by Dryw McArthur and with clips from the iconic rugby anthem "World in Union" sung by Hayley Westenra, plus ambient sounds from rugby’s greatest stage, it will give you:

This is a must-listen for newly initiated rugby fans right through to the more seasoned devotees.