460 titles
See all in Economic History 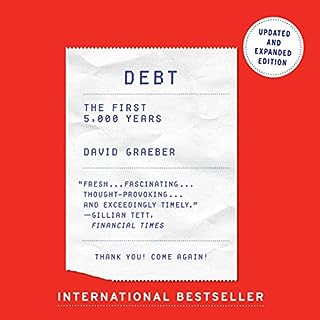 Here, anthropologist David Graeber presents a stunning reversal of conventional wisdom: He shows that before there was money, there was debt.... 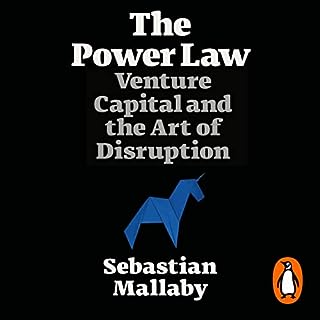 Sebastian Mallaby turns his unprecedented access to the industry's central players into a riveting, character-driven account of venture capital and the world it has made.... 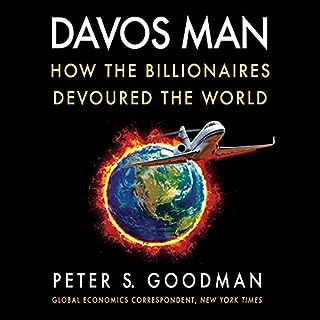 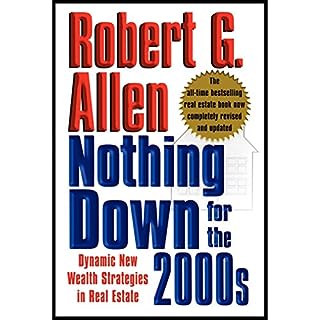 Real estate remains the only reliable investment in which profits can be made consistently....

Here, anthropologist David Graeber presents a stunning reversal of conventional wisdom: He shows that before there was money, there was debt....

Sebastian Mallaby turns his unprecedented access to the industry's central players into a riveting, character-driven account of venture capital and the world it has made....

Real estate remains the only reliable investment in which profits can be made consistently....

The epic successor to one of the most important books of the century: at once a retelling of global history, a scathing critique of contemporary politics, and a bold proposal for a new and fairer economic system....

In this thoroughly revised edition following the latest crises to hit international markets, economist Robert Z. Aliber introduces the concept that global financial crises in recent years are not independent events, but symptomatic of an inherent instability in the international system....

In Capital in the Twenty-First Century, Thomas Piketty analyzes a unique collection of data from 20 countries, ranging as far back as the 18th century, to uncover key economic and social patterns....

Having made the U.S. financial crisis comprehensible for us all in The Big Short, Michael Lewis realised that he hadn't begun to get grips with the full story....

Around the world in Britain, the United States, Asia and the Middle East, there are people with power who are cashing in on chaos, exploiting bloodshed and catastrophe to brutally remake our world in their image....

Brilliant and engagingly written, Why Nations Fail answers the question that has stumped the experts for centuries.....

Titan is the first full-length biography based on unrestricted access to Rockefeller’s exceptionally rich trove of papers. A landmark publication full of startling revelations, the book indelibly alters our image of this most enigmatic capitalist....

The index fund was just one innovation fueled by The Vanguard Group founder Jack Bogle's radical idea in 1975 to make investors the actual owners of his new fund company. The end result was powerful: a fund company for the people and by the people....

In the space of a few months, across Asia, a miracle became a nightmare. This was the Asian financial crisis of 1995-98. In this economic crisis, hundreds of people died in rioting, political strongmen were removed, and hundreds of billions of dollars were lost by investors....

First published in 1776, the book offers one of the world's first collected descriptions of what builds nations' wealth. A fundamental work in classical economics. The book touches upon such broad topics as the division of labour, productivity, and free markets....

Richard H. Thaler has spent his career studying the radical notion that the central agents in the economy are humans - predictable, error-prone individuals....

Inflation: What It Is, Why It’s Bad, and How to Fix It explains what’s behind the worst inflationary storm in more than forty years—one that is dominating the headlines and shaking Americans by their pocketbooks....

As soon as the financial crisis erupted, the finger-pointing began....

Are mass violence and catastrophes the only forces that can seriously decrease economic inequality? To judge by thousands of years of history, the answer is yes....

Here is the fascinating, true story of the rise of Ethereum, the second-biggest digital asset in the world, the growth of cryptocurrency, and the future of the internet as we know it....

A revolutionary new history of humankind through the prism of work, from the origins of life on Earth to our ever-more automated present....

An extraordinary mythology has grown up around the Third Reich that hovers over political and moral debate even today. Adam Tooze's controversial book challenges the conventional economic interpretations of that period....

The abridged, downloadable audiobook edition of Niall Ferguson's epic history, The Ascent of Money. Behind each great historical phenomenon there lies a financial secret....

Why is there so much inequality? In this short book, world-famous economist Yanis Varoufakis sets out to answer his 11-year-old daughter Xenia's deceptively simple question....

Edward Chancellor traces the history of interest from its origins in ancient Mesopotamia, through debates about usury in Restoration Britain and John Law's ill-fated Mississippi scheme, to the global credit booms of the twenty-first century....

The defining, behind-the-scenes chronicle of one of the most extraordinary, beloved, and dominant pop cultural entities in America’s history: Marvel Comics....

When Money Dies is the classic history of what happens when a nations currency depreciates beyond recovery....

If you asked most people what forces led to today’s unprecedented income inequality and financial crashes, no one would say the Federal Reserve. For most of its history, the Fed has enjoyed the fawning adoration of the press....

Called by H.L. Mencken, "one of the few economists in history who could really write," Henry Hazlitt achieved lasting fame...