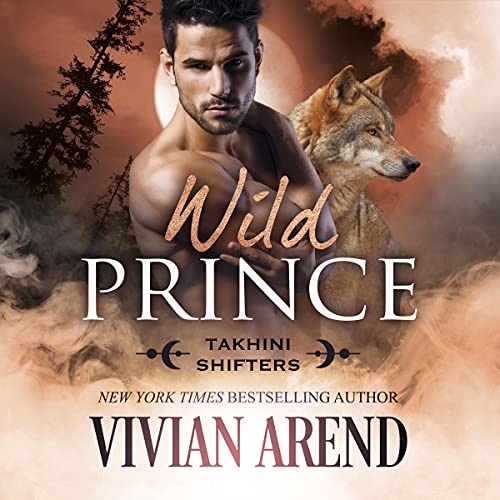 Wolf shifter Cole Masterson has been waiting impatiently for his future to arrive. The prophecy declared at his birth seems like pure gibberish, but he's still spent the past 33 years trying to prepare for whatever's coming. When his mate finally arrives, her appearance - on a skidoo stolen from him, no less - triggers a cascade of events he's not sure he's ready for.

Dani Neville thought the covert training offered by the leader of an ultra-secret shifter association was her only escape from being stuck forever on an isolated island with her bear-shifter clan. But when her first assignment goes awry and she ends up being chased through the wilderness by the sexiest, growliest wolf she's ever met, Dani begins to wonder if her goals were big enough.

Suddenly, Cole's got to deal with the most delectable thief he's ever had the misfortune to meet - a woman who's also his fated mate and years younger than him. Dani's got to figure out if being a ninja wannabe is her true desire or if the chance to stay with her growly wolf is worth fighting for. Meanwhile, a prophecy that's been waiting for years steamrollers them toward their ultimate destiny.

Not everything is as it appears...not even fated love.

What listeners say about Wild Prince

I had forgotten how much I enjoyed this book and the very interesting direction this series was going. Really hope Ms Arend adds to this series one day. BOOK REVIEW Great diversion and interesting direction happening with this series. You are grabbed from page one and have to keep reading to see what happens once you pick up this book. Really intrigued to see what happens with the NLRH. What a great idea and so many ways to branch off from this. Found the silliness and humour in this book captivating. Liked both main characters Dani and Cole but Cole was a bit of a typical male idiot in some of his actions in relation to Dani. Mainly due to not being honest from the start and the cabin scene. I was kindly given this book for an honest review but I have bought it too.

Loved this fourth story. Cole and Dari are sooo good together. This was a amazing addition and the narration was excellent. Love Vivian’s books. Can’t wait to listen to more.