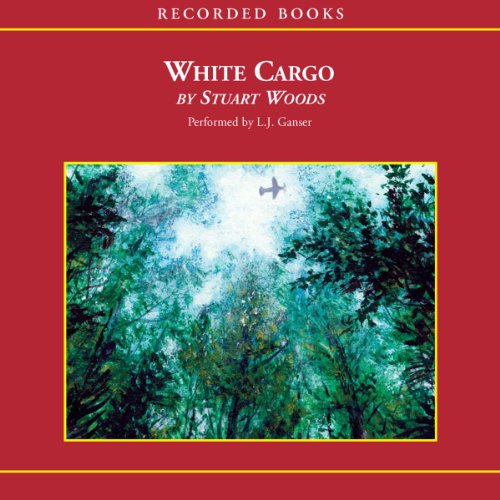 New York Times best-selling author Stuart Woods is hailed as a master of the modern thriller. With books including Chiefs and Worst Fears Realized, he has attracted millions of fans who relish their non-stop suspense and danger.

Wendell "Cat" Catledge is sailing along the coast of South America with his wife and teenaged daughter when engine trouble forces them to a small Colombian dockyard. Suddenly, their vacation becomes a nightmare. Cat is unconscious, his boat is sinking, his wife and child lie bloody and cold in the cabin.

Months later, a phone call in the middle of the night leads Cat to believe that his daughter is still alive. His search for her will take him deep into the Amazon jungle and into the maelstrom of an all-consuming revenge.

The intense action in White Cargo builds to a shattering showdown that is all the more gripping through L.J. Ganser's dramatic narration.

What listeners say about White Cargo

This was the first book of Stuart Woods that i ever read, iloved it then and it got me hooked on the author, it was great being able to listen to it again, 20+ years later.

Excellent story. The action keeps you coming back for more. You find yourself hoping for the outcome to be favorable. I am an avid Stuart Woods fans all his Holly Barker and Stone Barrington books. His new characters just keep getting better and better.

one of Woods best. I have enjoyed all but two of Woods books so far but I must say, this was the most intriiguing book of all. it was believable, heartbreaking, and kept you interested to the end. qould make s great movie

A great story. A little explicit at points, mostly when necessary. A good listen

Read this book when I was young and loved the audio just as much, kept me glued to it.

Completed only because I paid for it

struggled to finish. predictable. and boring. man captures girl and dad finds her. no surprises.

Not to his standards

I must have purchased dozens of Stewart Woods and I just do not believe he wrote this one. Not to his standards.