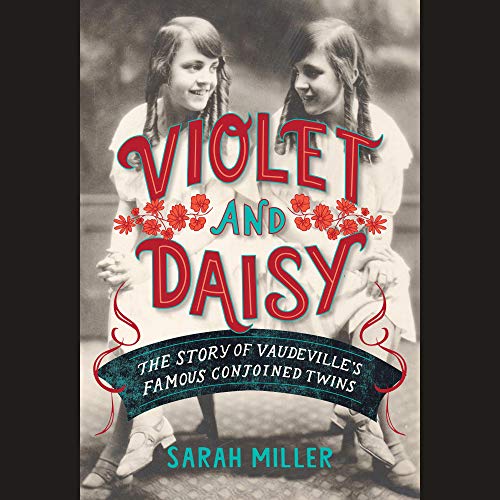 From the author of The Miracle & Tragedy of the Dionne Quintuplets and The Borden Murders comes the absorbing and thoroughly enjoyable story of Violet and Daisy Hilton, conjoined twins who were the sensation of the US sideshow circuits in the 1920s and 1930s.

On February 5, 1908, Kate Skinner, a 21-year-old unmarried barmaid in Brighton, England, gave birth to twin girls. They each had 10 fingers and 10 toes, but were joined back to back at the base of the spine. Freaks, monsters - that's what they were called. Mary Hilton, Kate's employer and midwife, adopted Violet and Daisy and promptly began displaying the babies as "Brighton's United Twins". Exhibitions at street fairs, carnivals, and wax museums across England and Scotland followed. At 8 years old, the girls came to the United States, eventually becoming the stars of sideshow, vaudeville, and burlesque circuits in the 1920s and 1930s.

In a story loaded with questions about identity and exploitation, Sarah Miller delivers a completely compelling, empathetic portrait of two sisters whose physical bond was the cause of their greatest misfortunes - yet that bond was so sacred Violet forfeited her life to Daisy in the end, rather than break it.

What listeners say about Violet and Daisy