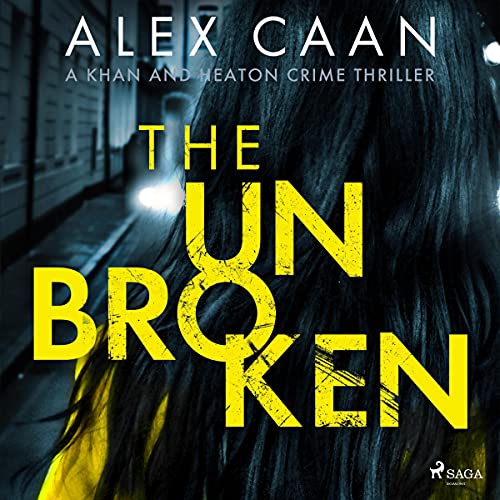 It was the wedding of the year. Millie Beaumont marrying billionaire playboy Oscar Hayat, the eyes of the world watching. But the dream turns into a nightmare when Millie and Oscar are brutally abducted while on honeymoon. Millie is killed, her body dumped in London. Oscar is still missing...

Enter DS Moomy Khan and DI Sarah Heaton - not your typical police officers. Moomy is running from her own troubled past, while Sarah is having to live with the hard choices she has made. Yet they will stop at nothing to find Millie's murderers and track down Oscar. Only a family as high profile as the Hayats have enemies lurking in every corner - have they taken the ultimate revenge, or is someone else behind the death and kidnapping?

And can Moomy and Sarah find Oscar - before time runs out and he suffers the same fate as his wife?

Alex Caan has spent over a decade working in Information Systems Security for several government organisations and is currently specialising in Terrorism Studies. A lifetime passion for writing eventually led to Alex successfully completing an MA in Creative Writing, and writing Cut to the Bone.

Cut to the Bone has been a Kindle Number 1 bestseller, was picked as a WH Smith 'Everyone's Talking About' book of the week, chosen as Sainsbury's best of summer reads and was Angela Marson's pick for crime novel recommendation of the year. Alex Caan was also a rising star on Amazon in 2016.

Alex then took a different direction for his next novel, writing as Alex Khan, for the scandalous Bollywood Wives, which was another Kindle Number 1 bestseller.

What listeners say about The Unbroken