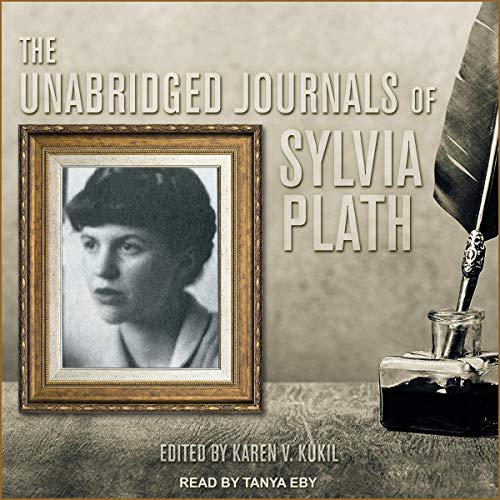 The Unabridged Journals of Sylvia Plath

Published in their entirety, Sylvia Plath's journals provide an intimate portrait of the writer who was to produce in the last seven months of her life some of the most extraordinary poems of the 20th century. Faithfully transcribed from the 23 journals and journal fragments owned by Smith College, The Unabridged Journals of Sylvia Plath includes two journals that Plath's husband, Ted Hughes, unsealed just before his death in 1998.

A heavily abridged edition of Plath's diaries was published in 1982. This new unabridged edition reveals more fully the intensity of the poet's personal and literary struggles, and provides fresh insight into both her frequent desperation and the bravery with which she faced her demons. With its haunting, vibrant, and brutally honest prose, The Unabridged Journals of Sylvia Plath is a must-listen for all who have been moved and fascinated by Plath's life and work.

What listeners say about The Unabridged Journals of Sylvia Plath

Narrator speaks much too fast...poor choice.

Maggie Gyllenhaal was an excellent choice for The Bell Jar. It's unfortunate she didn't narrate this one. Either way, I purchased it for Sylvia's thoughts and language...I don't regret purchasing this one.

narrator almost made me hate one of my favorites

the narrator was at once pretensious and painfully upbeat. terrible choice for Sylvia fucking Plath.

Very well performed. Keeps me listening. Gives insight in the passions of a highly intelligent, ambitious and sensual young woman. This is the iceberg under her poetry. Why, by the way, isn't there yet an audiobook-verson of her poetrybook "Ariel"?

I am a huge fan of Sylvia Plath. She has a beautiful but melancholic way of describing her inner turmoil.

However, I felt the narrator was not a suitable choice. The narration is fast pace. I had to slow the speed down to a tolerable pace. I have always imagined Sylvia to have a soft but strong voice, full of feeling, however the narrator sounds almost robotic making it difficult to feel the emotion behind her words.