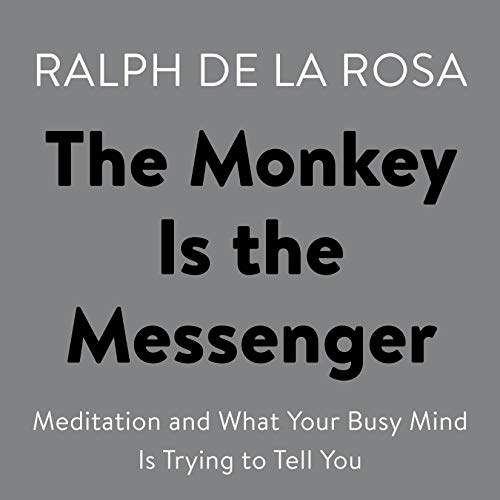 The Monkey Is the Messenger

Hope for all those who want to meditate but feel they can't because they think too much: a remedy. Making friends with the infamous "monkey mind" to make it a means for healing and awakening.

It's a common story. Someone wants to take up meditation, but they take themselves to be one of those people for whom it just doesn't work because they think too much. And they give it up in frustration after an hour or a couple weeks or a year. But though it is often taken to be the scourge of meditators, repetitive and excessive thinking is an experience common to everyone. The Buddha famously called it "monkey mind", and that term has become nearly a household phrase. At worst, when people sit down to meditate and invariably find themselves distracted, subtle and not-so-subtle forms of self-aggression and self-recrimination tend to ensue over an experience that is as natural as it unpreventable. At best, the monkey mind is viewed as an obstruction to a deeper way of being; something to ignore, a pest to move beyond. Such an idea often crops up in today's mindfulness culture, in which a myth prevails that meditation is about "emptying out thoughts" or "shutting off the mind".

The truth is, says Ralph De La Rosa, repetitive thinking is a natural function of the human organism that, like all other aspects of our being, serves a purpose - one that is bound up with the activity of awakening. When we stop dismissing this tendency and instead turn toward it, we can discover far-reaching implications in service of well-being, emotional intelligence, cultivating loving-kindness, healing trauma, and developing compassion.

Using psychotherapeutic, somatic, and mindfulness-based approaches, The Monkey Is the Messenger is a guide to working productively in meditation practice, in our psychologies, and even in the broader social issues that often lie behind threatening monkey-mind thinking. It will issue a call for listeners to end the war they wage with themselves and to meet their minds in a manner that is appropriately informed, efficacious, and enjoyable.

What listeners say about The Monkey Is the Messenger

Tradition Enhanced, On the Cutting Edge<br />

Many memorable moments in this psychodynamic contemporary and yet deep rooted analysis of the meaning of the discursive mind within the context of personal and human evolution. Both philosophically and solution-based, this work crackles with meaning, verve, challenge, solace and commiseration. With breaking psychodynamic news, this scholar of the psyche walks the walk: The authenticity in synch with the exploration. I read lots of books at the brain/mind/spiritiality cross roads. This is the best of 2018, and I know I will be referring back to it in the years to come. Many thanks to the author for "giving it all he has got into this" --- and by the way... that is alot! But that is not all. The author offers "spot on" guided exercises that come from tried and true experiences and neuroscience; and he makes them very accessible. Inspired and helpful, that would be a basic description of this book!

I am so glad this book has been written. I feel like I got the inside scoop on how meditation is medicine for the mind and soul! Thank you!