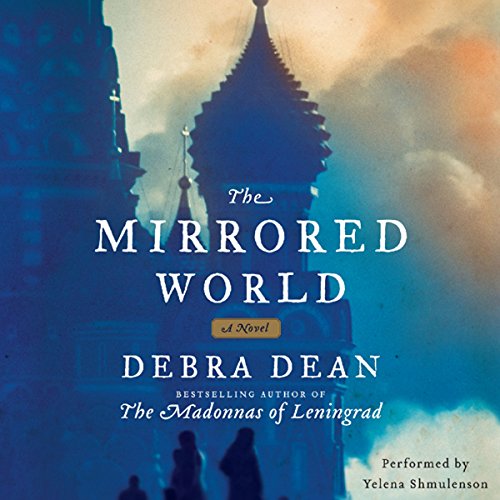 The best-selling author of The Madonnas of Leningrad returns with a breathtaking novel of love, madness, and devotion set against the extravagant royal court of 18th-century St. Petersburg.

Born to a Russian family of lower nobility, Xenia, an eccentric dreamer who cares little for social conventions, falls in love with Andrei, a charismatic soldier and singer in the Empress's Imperial choir. Though husband and wife adore each other, their happiness is overshadowed by the absurd demands of life at the royal court and by Xenia's growing obsession with having a child - a desperate need that is at last fulfilled with the birth of her daughter. But then a tragic vision comes true, and a shattered Xenia descends into grief, undergoing a profound transformation that alters the course of her life. Turning away from family and friends, she begins giving all her money and possessions to the poor. Then, one day, she mysteriously vanishes.

Years later, dressed in the tatters of her husband's military uniform and answering only to his name, Xenia is discovered tending the paupers of St. Petersburg's slums. Revered as a soothsayer and a blessed healer to the downtrodden, she is feared by the royal court and its new Empress, Catherine, who perceives her deeds as a rebuke to their lavish excesses.

In this evocative and elegantly written tale, Dean reimagines the intriguing life of Xenia of St. Petersburg, a patron saint of her city and one of Russia's most mysterious and beloved holy figures. This is an exploration of the blessings of loyal friendship, the limits of reason, and the true costs of loving deeply.

What listeners say about The Mirrored World

Perfect voice for this story

I have not read the print version but - after this most effective reading - I will definitely consider it.

It is difficult to right about saints. Goodness, when depicted, often comes off as bland - somehow less interesting than evil. Not so for this book. Xenia's turn towards the disadvantaged of St. Petersburg, while surprising at first, has a logic of its own that the book does a fine job of developing.

Her voice had lovely modulation and convincing Russian accents. She was able to make each character sound distinctively.

Who was the most memorable character of The Mirrored World and why?

though the story would go nowhere without its narrator, Dasha, its beatingheart is beyond doubt the character of Xenia.

Calming and thoughtful, I found The Mirrored World to be the perfect commuter listen. Xenia's attitude was a welcome corrective to hectic traffic. Listen and you'll know exactly what I mean.

I didn't read the print version.

Would you recommend The Mirrored World to your friends? Why or why not?

I would recommend the book to a woman who understands sacrifice. I don't think that anyone who has not sacrificed for their family will relate well to the characters.

What aspect of Yelena Shmulenson’s performance would you have changed?

She overdoes some of the accents.

Who was the most memorable character of The Mirrored World and why?

The crazy/vessel of god sister.

I have never read the print version

What was one of the most memorable moments of The Mirrored World?

The adoption of the baby who becomes the narrator's son

Which character – as performed by Yelena Shmulenson – was your favorite?

Dasha - herself the self-effacing narrator and the eunuch muso

This is a richly told, highly absorbing listen, painting a vivid picture in beautiful, exquisite turns of phrase, the Russian landscape, the excesses of the court of the monarchs, the affectations of pre 19th century aristocratic society, and the journeys of some extraordinary characters on its periphery. Wonderful!