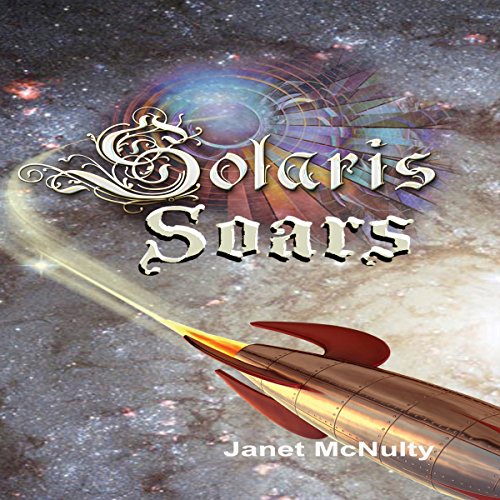 The final book in the Solaris Saga.

Go to www.mcnultyjanet.com to learn more about the Solaris Saga.

Every legend has an end.

Wounded and dependent upon Klanor for help, and pursued by the FBI and Stein, Rynah treks across the New Mexican desert in search of Solaris and the others. Knowing that they are following a lead from the ancient poem, she and Klanor make their way to Albuquerque to rendezvous with them.

But Stein isn’t Rynah’s only worry; the president of the United States has issued an order to kill her on sight. Exhausted by Stein’s constant pursuit of her and the FBI’s complicit aid to him, Rynah and her crew resolve to take the fight to him and end his annihilation of Earth. While devising their plan, she discovers a secret Marlow kept from Solaris - her world and ours have been connected for thousands of years.

What listeners say about Solaris Soars