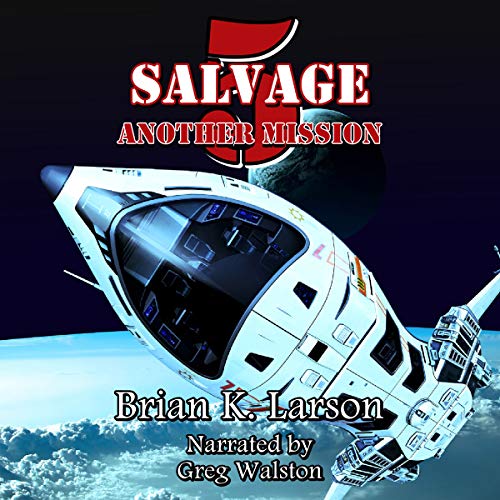 Attention all you Salvage-5 and Colonel Tucker Petersen fans!! Hold on to your seat. The swashbuckling, cigar chomping, whiskey drinking, no-nonsense hero is back.

Tucker goes on a personal quest to rescue Captain Cassandra Phillips. It’s been a long six months for the Colonel, but now the time has come for him to steal the SSV-5 and embark on their most dangerous mission yet: Return to asteroid 52 Europa.

What listeners say about Salvage-5: Another Mission (First Contact)