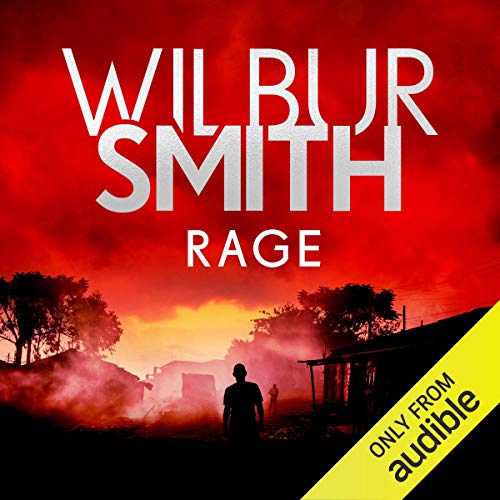 Shasa closed his mouth slowly. The very foundations of his political beliefs and principles were shaken and the walls cracked through. They had led him up into a high place and shown him the prize that was his for the taking.

The future of a country. The end of a family.

Shasa Courtney, heir to the Courtney fortunes, dreams only of uniting his divided, beloved country. Against all his principles, he allows his half brother Manfred to persuade him to join South Africa's right-wing National Party, hoping to moderate from within their dangerous policies of apartheid.

But Shasa's wife is working against everything he's working for while Manfred has deadly secrets he cannot afford to be revealed, either to his family or the public who are on the brink of war. In the terrible struggle for the future of South Africa, the Courtney family will be torn apart - and many will have to pay a terrible price....

A Courtney Series adventure - book 3 in the Burning Shore sequence.

Another masterclass in narrative

Wilbur Smith is still the definitive story teller of Africa!!
A monster of a story carrying on the Courtney dynasty.

Wonderful to experience the complexities of South African history though the eyes and lives of the characters in the book - some fictional characters, many real - a riveting tapestry!

Wilbur Smith at his usual best!!
Have read all the books so far in the Courtenay series & have loved every one!

I first read Rage years ago and now have heard the story. It is a very good book, well written and the narrator is amazing. He brought the story to life for me. Having read all the Courtney series I feel like I am surfacing from an adventure far away and that I know all those characters intimately. Great story telling. Wilbur Smith at his best. Highly recommended.

The Courtney series is a wonderful read/listen. I definitely recommend all six books and hope a 7th book will be coming in the future. Thank you Mr Smith.

What an amazing audible book

Wilbur Smith writing was descriptive and captivating engaging my attention for every little details. what an amazing piece of work. thumbs up

really enjoyed listeni g to this book cant wait to read forward to next book but cant find it on Audible !!

Ok but getting repetitive.

Ok but the series is in danger of becoming repetitive and the intimacies very macho and at the same time cliché.