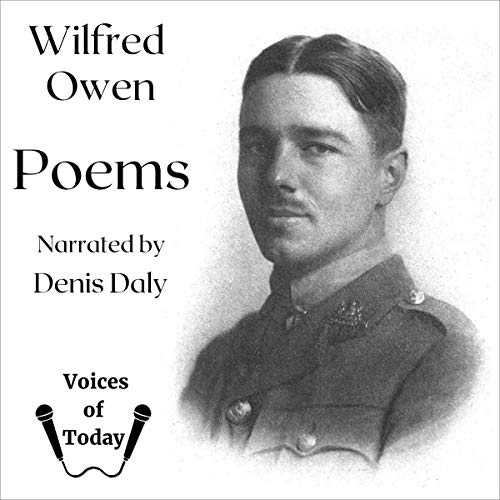 With an Introduction by Siegfried Sassoon

English literature suffered severely from the terrible loss of life during the First World War. Among those who suffered an untimely death in this period were three significant poets: Wilfred Owen, Rupert Brooke, and James Elroy Flecker (although Flecker was not a casualty of war.)

The fame of Owen and Brooke centers largely on their war-focused verse. While Brooke presents war as something of a thrilling if dangerous "Boys Own" adventure - somewhat in the vein of the adventure novels of John Buchan - Owen's view is based on the gritty and soul-destroying reality of the trenches.

Owen's output of finished work was very small: This collection of 23 poems contains most of the verse for which he is known today. Few poets have captured more effectively the tragic dichotomy of war, where, for many, survival can be a fate worse than death. The opening poem "Strange Meeting" describes a posthumous encounter between a soldier and an enemy combatant who he has killed on the previous day. The penultimate poem, "Disabled", is the private lament of a crippled veteran as he helplessly surveys the daily lives of people unscarred by war.

What listeners say about Poems by Wilfred Owen