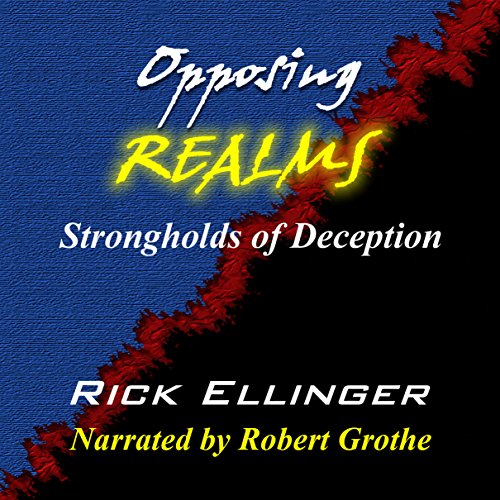 A struggling college student battles the temptations of the flesh while trying to get by academically. A young prayer warrior seeks to disciple a fellow believer while also dealing with his own academic failings. Heavenly warriors battle against the demonic forces working to establish control of the campus. Through it all, the power of God's word and the effectiveness of fervent prayer prevail over the spiritual forces of evil in the heavenly realms.

Rick Ellinger, author of A Cross for Christmas, An Angel for Easter, A Story for the Sabbath, and The Rule of the Referees series, shares a story depicting the conflict between the realm of the flesh and the realm of the Spirit. Based on actual events.

What listeners say about Opposing Realms

How to effectively deal with sinful realms

Very thought-provoking book on how to deal was sinful thoughts of the flesh by seeking the spiritual world of our Lord Jesus Christ. Short but very worthwhile read.

How great is our God!

Although I am far beyond these years and so thankful that God has drawn me in to a deeper relationship, this story took me right back to the challenges of youthful temptation. I found myself hooked into the fate of the main characters! After this quick and poignant read, I have already began to alter my prayers for my children and family. To listen to them described as willing victims for their captors chilled me. I would recommend this for high school and college kids as well as their parents. I really liked the reference to scripture and suggested verses at the end. Great read!