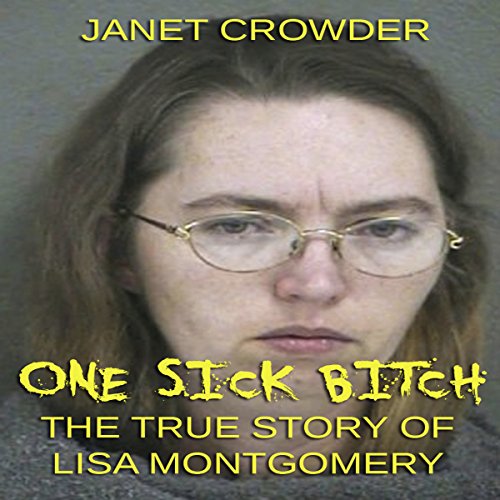 Lisa Montgomery would meet Bobbie Joe Stinnett in an online chat room called "Ratter Chatter" under the pretext that she wanted to purchase a rat terrier puppy from her.

But what she really wanted from the pregnant Bobbie Joe was her baby.

Lisa would arrive at the Stinnett home and strangle the young woman unconscious before cutting out the baby from her stomach with a kitchen knife.

She would then showcase the baby around her small town, introducing her as "Abigail". Investigative authorities would find out that Lisa would suffer from what psychiatrists called "pseudocyemesis". A psychological delusion where the subject believes she is pregnant.

The gruesome crime would shock the town of Skidmore, Missouri with its population of only 300 people. Once a community where they could keep their doors unlocked at night, the townsfolk would never be the same.

What listeners say about One Sick Bitch