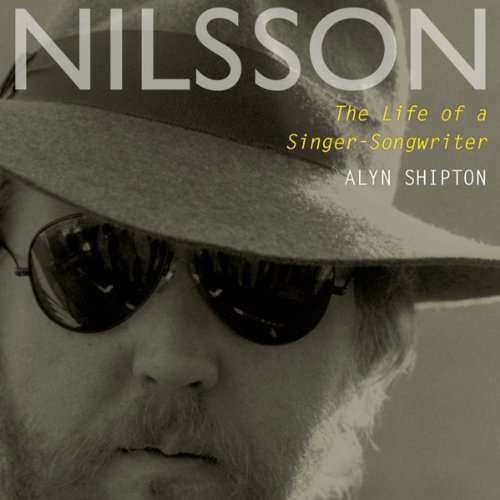 Paul McCartney and John Lennon described him as the Beatles' "favorite group", he won Grammy awards, wrote and recorded hit songs, and yet no figure in popular music is as much of a paradox, or as underrated, as Harry Nilsson. In this first ever full-length biography, Alyn Shipton traces Nilsson's life from his Brooklyn childhood to his Los Angeles adolescence and his gradual emergence as a uniquely talented singer-songwriter. With interviews from friends, family, and associates, and material drawn from an unfinished autobiography, Shipton probes beneath the enigma to discover the real Harry Nilsson. A major celebrity at a time when huge concerts and festivals were becoming the norm, Nilsson shunned live performance. His venue was the studio, his stage the dubbing booth, his greatest triumphs masterful examples of studio craft.

He was a gifted composer of songs for a wide variety of performers, including the Ronettes, the Yardbirds, and the Monkees, yet Nilsson's own biggest hits were almost all written by other songwriters. He won two Grammy awards, in 1969 for "Everybody's Talkin'" (the theme song for Midnight Cowboy), and in 1972 for "Without You", had two top-10 singles, numerous album successes, and wrote a number of songs -"Coconut" and "Jump into the Fire", to name just two - that still sound remarkably fresh and original today. He was once described by his producer Richard Perry as "the finest white male singer on the planet", but near the end of his life, Nilsson's career was marked by voice-damaging substance abuse and the infamous deaths of both Keith Moon and Mama Cass in his London flat. Drawing on exclusive access to Nilsson's papers, Alyn Shipton's biography offers listeners an intimate portrait of a man who has seemed both famous and unknowable - until now.

What listeners say about Nilsson

A story of so many emotions

Having always believed that Harry N had taken his own life I was so sad to learn of his illnesses and prolonged demise at such a young age. I was not steeped in his music but the few things I knew and his animated film 'The Point' intrigued me. As a Beatle devotee I had also not realised how he was so intimately untwined with all of them. How sad life is that these innovators have such short lives (McCartney apart who is by now one of the grandaddy's of Rock because he survived everyone through - I suppose - moderation.

A great read i.e. listen,as I don't read these things anymore as I like the narration).

The mispronunciations are annoying. Klaus Voormann Is pronounced “Voor-MON, not just once or twice, but many, many times. There are other examples. Don’t they have a producer? The narration of most of the book is actually pretty ok. I just think if you are going to take the time and effort to do something like this, you should get the most basic things right. Ahrrghhh!

An interesting listen about someone I had no idea had such an catalog of music.

Interesting in parts but WAY to long

If you are looking for a detailed description of the music industry than this is the book for you. All I wanted was the personal life story of Harry Nilsson. I was never a big fan but truly admired his voice and writing ability and was interested in finding out more about the man himself. This book was long for me and to full of name dropping, gossip and &quot;who's who&quot; for my taste. I did finish the book and enjoyed most of it but honestly I wanted it to end long before it did. So unless you have an interest in the music industry I would't recommend it. But if the industry and name dropping is you thing, go for it.

I wish there was more from him about how he felt but... Love his music!

A wonderful surprise to see an audio book on Harry Nilsson. Spotted, downloaded and playing in minutes. A unique artist and a great overview of his life. As each album was discussed I was streaming the music which a wonderful accompaniment to the narration.