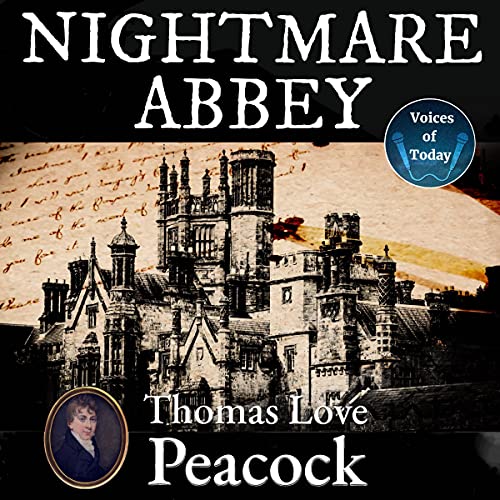 Also featuring the voices of Alan Weyman, Denis Daly, and Rachel May.

Music for songs composed and arranged by Alan Weyman.

The melodramatic romance by Goethe The Sorrows of the Young Werther, the story of a troubled aesthete who kills himself for love, was first published in 1774 and has since become one of the staples of German literature.

Such extravagant productions lend themselves readily to parody and naturally attracted the attention of skilled satirists like Thomas Love Peacock. The author's close friend Percy Bysshe Shelley serves as the Werther figure, who is named Scythrop in the book. The melancholy traveler, Mr. Cypress, is said to have been modeled on Byron, and the ponderous Mr. Flosky on Coleridge. Unlike Werther, Scythrop, after being dumped by two women, consoles himself with a draft of Madeira, rather than shooting himself.

What listeners say about Nightmare Abbey

probably students are the period would get more out of it. there's lots of references to people and events that are obscure now. but ultimately it's a cautionary tale about young love in a Gothic atmosphere, in a humorous spirit.