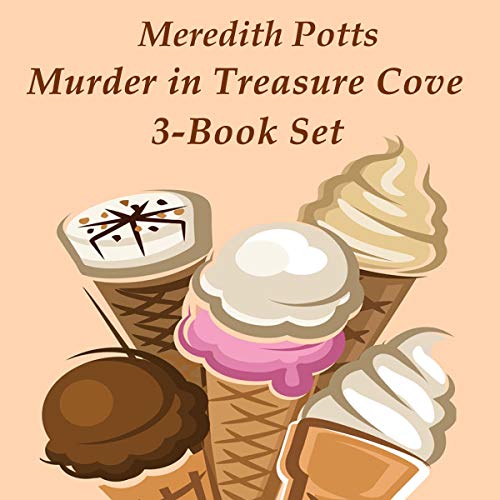 This set features three Treasure Cove cozy mysteries, including: Murder and Delicious Shortcake, Growing Up in Treasure Cove, and Live from the Scene of Crime.

The longer a case stretches on, the greater the chances are that the investigation will go cold. As Sabrina Carlson stares down day four of her latest case, she's terrified that the killer will get away.

Unfortunately, Sabrina has hit a wall. She has no leads to speak of. She doesn't know what to do next. Can she find a way to track down the killer? Or will the murderer get away?

Growing Up in Treasure Cove

Treasure Cove is a crazy place to grow up. Especially for an 11-year-old girl like me.

You see, my father is a police detective. And my mother is an amateur sleuth. It's safe to say that I've had a wild upbringing.

And things are about to get even weirder. You won't believe what happens next.

Live from the Scene of the Crime

When you're a TV reporter in Treasure Cove, life is rarely boring. That's especially true when it comes to Brooke McDillon.

Brooke is constantly rushing around town, trying to get scoops for her news reports. That said, ever since crazy things started happening in Treasure Cove, Brooke has been chasing one story more than any other. And she finally has it in her sights. The question becomes, will the story live up to the hype?

What listeners say about Murder in Treasure Cove 3-Book Set

A great 3 pack stories! From death of a husband to death by desserts! Narrator was good!

Living in Treasure Cove is always exciting. Here are three episodes to show how much danger surrounds them.

I really enjoyed this book set, loved listening to Jessica growing up. The narration is very good.

I’m mad that I wasted a credit on this. It was supposed to be a mystery, but it was not. It was just a stream of conscientious ramblings by three different characters, all of whom were obliquely involved in a murder investigation. Narration was poor as well, but nothing could have saved this book for me.

This set contains a story from the standpoint of the Carlson's daughter. It also showed more about the feelings and concerns of her grandparents while her parents are solving crimes and explains why they always drop everything and head to the cabin during murder investigstions. Good storylines.

Mayhem and Murder in Treasure Cove. Brooke is rushing to get the next story. Which is not as easy as one would think. Enjoyable and always with humor these cozy mysteries. With the excellent narration by Stephane Quinn, they are always great. Given audio for my voluntary review and my honest opinion

This an awesome box set. Highly recommend it. Great storyline and amazing characters and great narration too. ❤️😍🤩💕