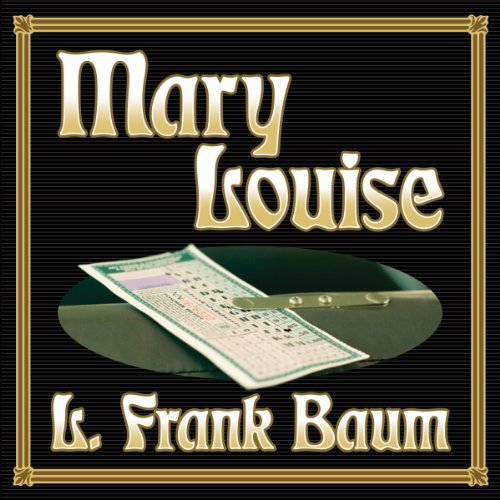 Mary Louise is a young girl, very honest and wise beyond her years. This, at times put her at odds with her classmates at school, but she is mature enough to not be bothered by their attitudes for the most part. Mary Louise lived with her mother and grandfather, with whom she was very close. She is shocked one day when, after her grandfather had an awkward encounter with a man on their walk, her grandfather sits her down and tells her that he and her mother must leave her for a while. He makes arrangements for her to board at school and sneaks off with his daughter in the middle of the night.

Mary Louise is upset and then astounded to find out that her grandfather is running from the law. As the other children at school find out the circumstances surrounding Mary Louise's situation, they begin to relentlessly tease and trouble her. Mary Louise eventually runs away and finds a friend of her grandfather's, but also discovers that the law is trailing her as well. A host of mysterious characters begin filtering into Mary Louise's new life with the Conants and her friend Irene, and it is only a matter of time before Mary Louise finds out all these new people coming together is no coincidence.

L. Frank Baum (1856-1919) was an American author of children's books, most famous for his The Wonderful Wizard of Oz. Baum, along with other authors, wrote Mary Louise and the other books in The Bluebird Books under the pen name Edith Van Dyne. The series focuses on young girl detectives and was very popular with adolescent girls in the early 20th century.

What listeners say about Mary Louise