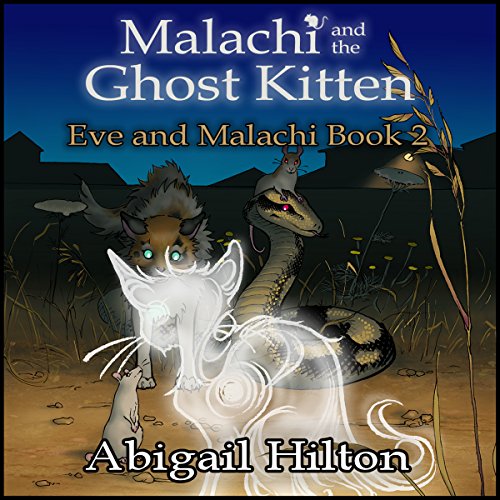 Malachi and the Ghost Kitten

Malachi has the most wonderful adopted family in the world. They love him and tell him stories and bring him food. The problem: Malachi is a boa constrictor and his adopted family are a colony of rats. His particular friend is a young rat named Eve, who does her best to steal tasty treats for Malachi from the farm house. However, the treats seem to be making Malachi sick, and he is growing dangerously hungry.

One day, an old enemy comes to visit. She offers a solution to their problem in exchange for a favor. Animals from the neighborhood have been disappearing into a house down the street, and she wants Malachi and Eve to investigate. The local cats say the house is haunted.

The Eve and Malachi series are short chapter books for children and their parents who enjoy creepy stories with a (mostly) happy ending.

What listeners say about Malachi and the Ghost Kitten