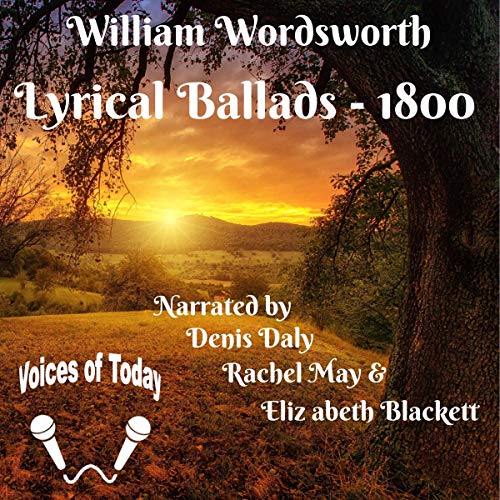 Narrated by Denis Daly, Rachel May, and Elizabeth Blackett

This collection of 35 poems is a sequel to a volume of lyrical ballads first published in 1798. While the first volume was a collaboration between Wordsworth and Samuel Taylor Coleridge, this anthology contains verses by Wordsworth only. Generally, the poems are less well-known than those of the earlier volume but do include major narrative pieces, like "The Pastoral Epics", "The Brothers", and "Michael".

What listeners say about Lyrical Ballads - 1800