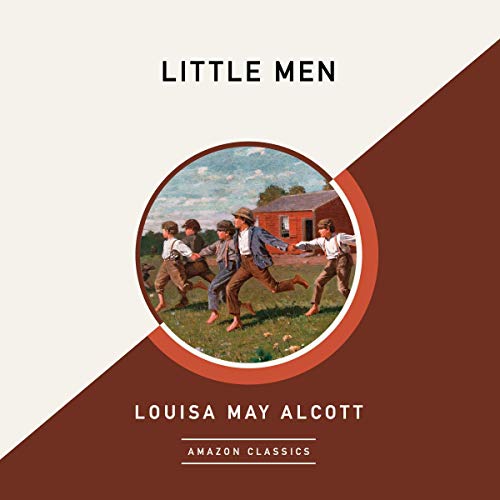 By: Louisa May Alcott
Narrated by: Cassandra Campbell

In the treasured follow-up to Little Women, Jo March returns as a mother of two sons and schoolmaster to twelve orphans. Now Jo Bhaer, literature’s beloved heroine has transformed Plumfield, the decorous New England estate of the March sisters’ youth, into a progressive school. During the coming year, newcomer Nat Blake joins the other restless, rascally seedlings as they grow under the tutelage of an equally spirited woman who extols the virtues of self-expression.

Louisa May Alcott’s Little Men is a heart-warming and entertaining coming-of-age adventure that, like its predecessor, was ahead of its time in celebrating individuality, diversity, and the power of play.