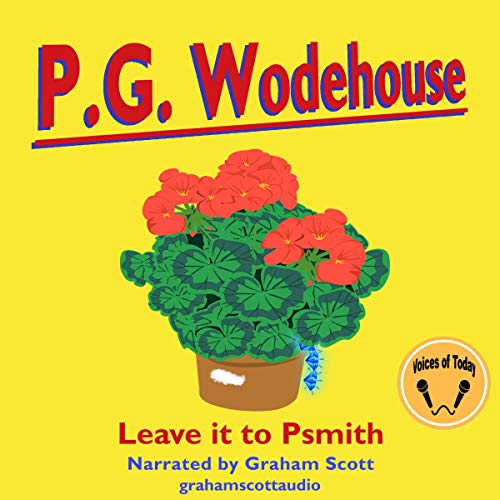 Leave It to Psmith

Leave it To Psmith
By P.G. Wodehouse

The immaculate Psmith - newly emancipated from an unwilling participation in the fish business - donates an umbrella (not his own) to a damsel in distress; and to further press his suit, he follows her to Blandings Castle - seat of that amiable and boneheaded peer, Clarence, ninth Earl of Emsworth - in the guise of an absconded Canadian poet.

And, for the best possible motives, Psmith is also embroiled in a plot to steal Lady Constance Keeble's fabulous diamond necklace - an endeavour which brings him into conflict with both professional rivals, and with the ever-vigilant Baxter, Lord Emsworth's efficient secretary, and amateur flowerpot flinger...

What listeners say about Leave It to Psmith

have always loved this book, and this is a good straight version without anything frivolous, allowing the language to speak for itself