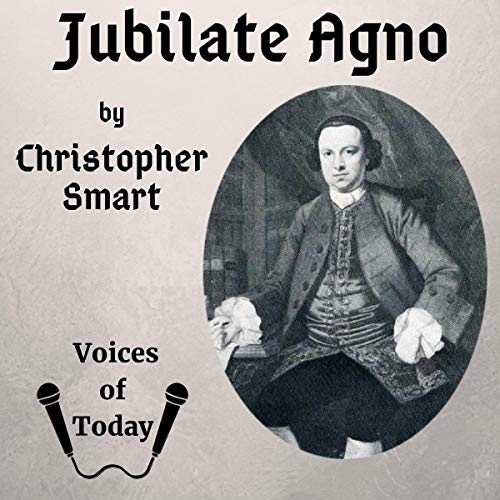 Christopher Smart (1722-1771) was an English poet and scholar. This extraordinary poem, which is a florid display of Smart's opinions on a variety of theological, historical, and scientific subjects, was written between 1759 and 1763, while the author was confined in a lunatic asylum. His condition was diagnosed as religious mania, as evidenced by his compulsion to break into spontaneous prayer in public.

Thirty-two pages of the original manuscript have survived. The poem was not published in the author's lifetime. The version used in this recording was prepared by Ray Davis and released into the public domain.

What listeners say about Jubilate Agno