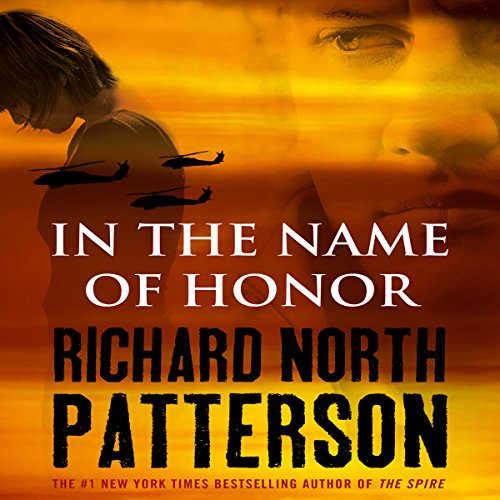 In the Name of Honor

Home from Iraq, a lieutenant kills his commanding officer - was it self-defense or premeditated murder? An enthralling novel of suspense about the high cost of war and secrets.

The McCarrans and the Gallaghers, two military families, have been close for decades, ever since Anthony McCarran - now one of the army's most distinguished generals - became best friends with Jack Gallagher, a fellow West Pointer who was later killed in Vietnam. Now a new generation of soldiers faces combat, and Lt. Brian McCarran, the general's son, has returned from a harrowing tour in Iraq.

Traumatized by wartime experiences he will not reveal, Brian depends on his lifelong friendship with Kate Gallagher, Jack's daughter, who is married to Brian's commanding officer in Iraq, Capt. Joe D'Abruzzo. But since coming home, D'Abruzzo also seems changed by the experiences he and Brian shared - he's become secretive and remote.

Tragedy strikes when Brian shoots and kills D'Abruzzo on their army post in Virginia. Brian pleads self-defense, claiming that D'Abruzzo, a black-belt martial artist, came to his quarters, accused him of interfering with his marriage, and attacked him. Kate supports Brian and says that her husband had become violent and abusive. But Brian and Kate have secrets of their own, and now Capt. Paul Terry, one of the army's most accomplished young lawyers, will defend Brian in a high-profile court-martial. Terry's co-counsel is Meg McCarran, Brian's sister, a brilliant and beautiful attorney who insists on leaving her practice in San Francisco to help save her brother. Before the case is over, Terry will become deeply entwined with Meg and the McCarrans - and learn that families, like war, can break the sturdiest of souls.

"As always, Patterson chooses to deal with difficult themes, this time PTSD and the war in Iraq. This is superior genre fiction from a writer at the top of his game." ( Publishers Weekly)

What listeners say about In the Name of Honor

This is a good example of how a great story can be ruined by narration. A deep voice doesn't a narrator make. It took me a long time to stop agonizing over the narrator and get into the story. The story itself is a great trial novel. However, I suggest reading it.

Most of the action is in the court room, but you know with Patterson there will be some decisive moments outside the court. In contrast with Paterson's other stories, in this case the hero has no history with the other characters. I suspect we may see one or more of these characters again. The portrayal of the Iraq war seems accurate with honorable soldiers doing their best in impossible conditions.

I fell for the hype

Perhaps one needs to be a Patterson fan, but I fell for the ads for this book and wish I hadn't. Almost 2 hours into it, I find it slow and not very interesting, though there is an occasional well written passage. Otherwise, some of the long passages when someone explains something the reader needs to know sounds like quoted research by the author. Good description of expectations for career Army wives is good (ask me how I know), but also too long, again, sounds like quoted research. Decided to quit it, but understand it may be for Patterson fans.

This is so sloooowwww that I fell asleep listening to it. It is boring, and the characters are people I didn't care about. On top of that, the legal aspects of the book are unrealistic. Forget this one.

Patterson has a bad habit of telling the same story over again in multiple books. This isn't a story he's told before, or at least not in my memory. I figured out the twist relatively quickly but I enjoyed watching the protagonist work it out.

This is a solid effort especially for RNP fans and not as political as some of his books tend to get.

I have read most of Richard North Patterson's fiction and have enjoyed it all. Some of the more recent works lack a clear finish and can have flat sections. This book is mostly engaging and finishes well. If you like legal thrillers you will like this, including the twist towards the end. (although you get a sense of the twist before it happens.) My only criticism is that the dialogue, particularly the testimony and response to counsel questions is too much the same. Real court interactions are not like that- every response is different. The "information' on Post Traumatic Stress Disorder is interesting and I learnt a lot. This is a great story from a very accomplished story teller.

The story is subsumed by a political agenda. The mystery and tension driven by flawed story.

Not the ending I imagined

This was one of the most enjoyable books I have listened to. I expected some twists and turns but not how this one turned out. Makes you consider what choices you would have made in the same circumstances. Listen to the book the time flies by.

Gripping story really worth listing to good twists and turns. Could not stop listing to the book

Too much of a lecture...

Too much of a lecture and boring long court sessions too little suspense action etc..