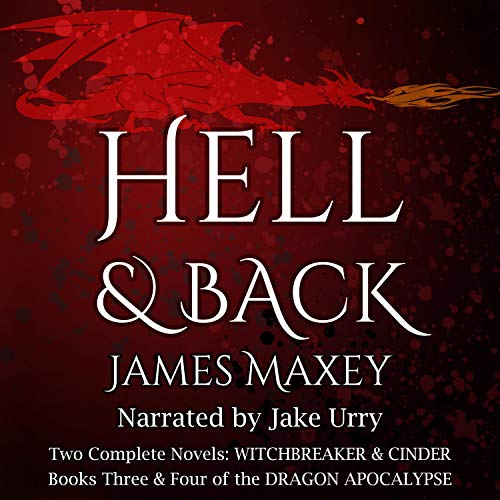 Two complete novels! One epic tale of revenge and redemption!

As the primal dragons seek the destruction of mankind, five women are united by circumstances to make a final stand to save mankind: Infidel, the swashbuckling rogue; Sorrow, the ruthless witch; Gale Roamer, the pirate captain; the Black Swan, queen of crime; and Cinder, a young woman with the power to walk between the realms of the living and the dead. As dragons entomb the world in ice and darkness, an undead army hunts down the last human survivors. Our heroines must journey across Hell itself to confront the ghosts of their past and reach their one last hope of stopping the dragon apocalypse!

Hell & Back collects the novels Witchbreaker and Cinder, books three and four of the Dragon Apocalypse, the story of Sorrow’s quest for power and the rise of the Black Swan.

What listeners say about Hell & Back

even though this one focuses on a different main character it was almost as good as the first two books.