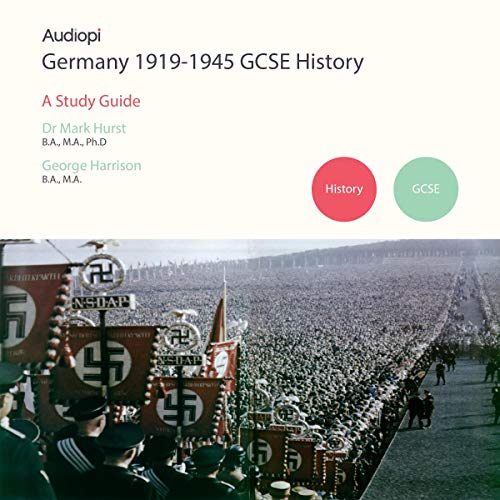 The significance of what occurred in Germany during our period of study needs no exaggeration. This GCSE series on Germany 1919-1945 really brings alive all the main themes that are required for your History GCSE course, giving you an in-depth knowledge of all the main points, including the establishment of the Weimar Republic, the problems faced by the Weimar Republic from 1919-1923, its recovery from those problems and, finally, the Third Reich.

The final eight chapters deal with how to answer exam questions across the different exam boards. Bringing together Dr Mark Hurst, an honorary research fellow at the University of Kent, and Mr George Harrison, a history teacher with over 10 years' experience who has previously taught at Manchester Grammar School but now teaches at Kings Canterbury, our series has been designed to provide insights which will be invaluable for those studying and teaching this fascinating period by people who really understand the subject and how it should be taught.

The key areas of study are as follows:

Audiopi is a provider of educational resources for students, teachers and schools and believes in the power of audio to enhance the learning experience. Each of our tutorial series has been created by experts with the purpose of bringing a subject alive whilst ensuring they impart detailed knowledge to help across the duration of a course and prepare for those all-important examinations.