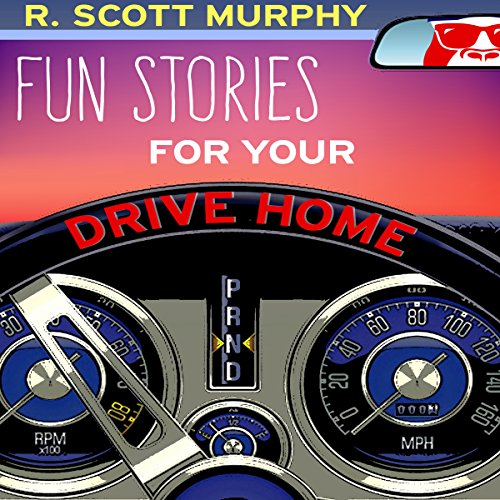 Fun Stories for Your Drive Home

R. Scott Murphy, the madcap mind behind the popular tracks "Chick-fil-A Makes Me Feel Like Leonardo DiCaprio", "Shamefully Suggestive City Names", and "I'm the Freakin' Michael Phelps of Googling", returns with his second batch of Fun Stories. Inspired by Friends, Seinfeld, The Office, and The Far Side, the Fun Stories series offers amusing audiobooks, albums, and Kindle selections to help lighten your day.

Your average daily commute now clocks in at a record 52 minutes (Census Bureau). Your total yearly commute time is now more than nine days. Scott says that's longer than some celebrity marriages. Listen to the Fun Stories series of audiobooks and let Scott liven up your commute and workday. For more information about R. Scott Murphy's audiobooks, books, and albums, please visit the Mental Kickball Facebook and Twitter page. Murphy's website is www.mentalkickball.com.

What listeners say about Fun Stories for Your Drive Home